NOTE: Only games for the Lightspan series of games were considered for this episode; all games are for the Sony PlayStation.

The brainy games have crappy my rotted!

Ok, I won’t just mimic the Nerd here, but this game doesn’t really get much type here.  There’s really not much to say.  It’s hard to be mad at this game, as it accomplished exactly what Lightspan set out to do.  They released an educational boxset of CDs for the original PlayStation 1, and they were lightyears better than the crap we used to work on in elementary school!  That being said, they’re still extremely lame at worst, and cheesy at best.

Calamity is, in my opinion, the best of the lot, and it’s a hilarious game.  You control two kids, who are transported back into the past by Calamity Jane (!) who is using a time machine made by Jules Verne (!!).  It… makes zero sense, and is filled with horribly cheesy acting and goofy editing.  It’s awesome!  This is the type of bad that legends are made from.

Unfortunately for both the casual player and the speedrunner, they got mighty lazy with this title.  Half of the questions either have no video, or a lazy one at best.  The questions are either very easy or vague, and unless you’re extremely young or dull, you’ll have no issues skipping the extremely lengthy, boring articles and just guessing at the answers.  What’s worse, the single game in each of the 16 categories that requires reading to answer is the only one they mix the answers up in.

Honestly, this is garbage for a speedrun.  However, it’s not unplayable, and you’ll get a few laughs from the beginning cutscene, and especially from the ending.  It’s awful, but for all the right reasons. 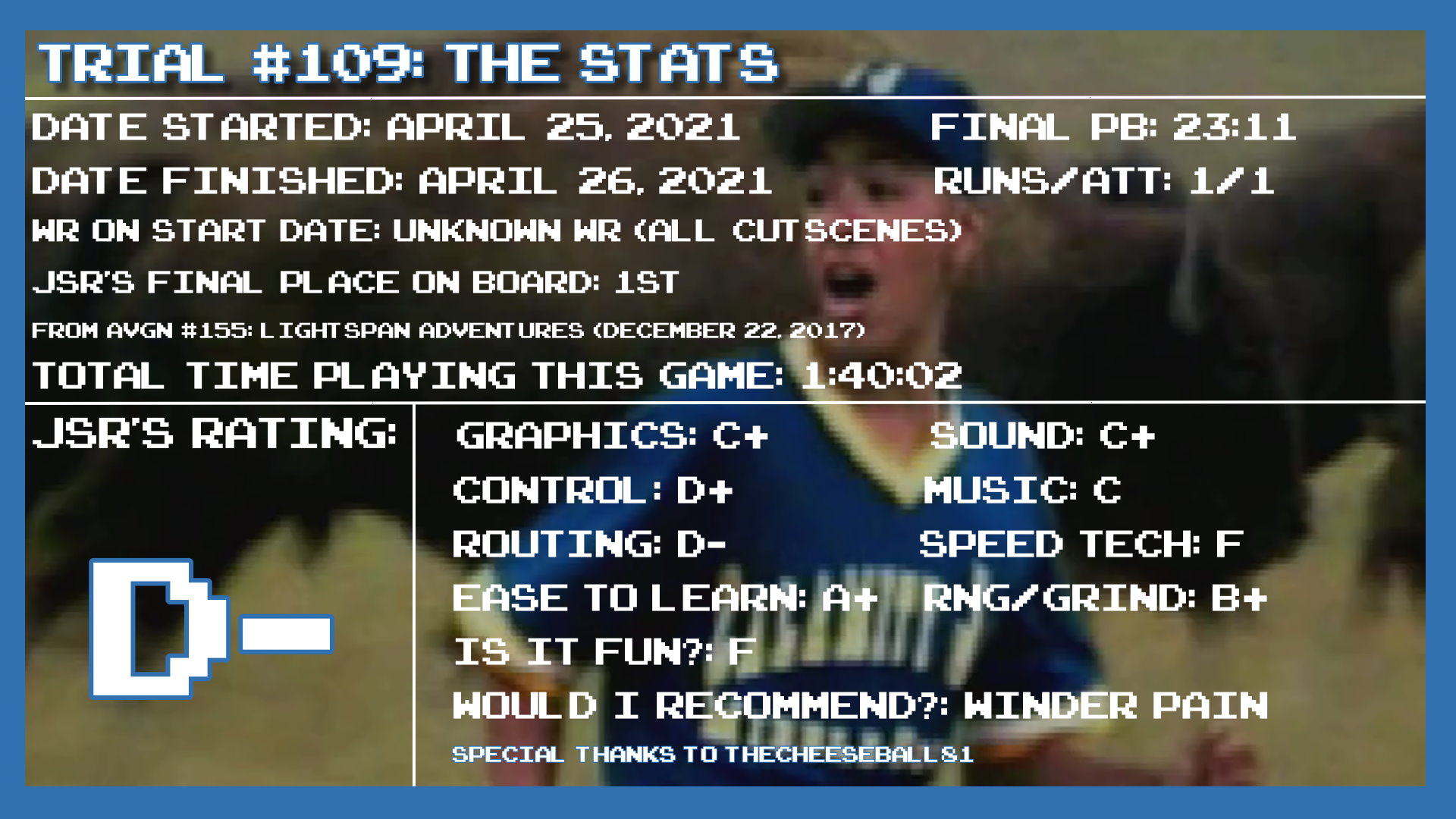