When people ask me “What is your favorite game of all time?” I usually have a hard time not saying EarthBound.  Known as Mother 2 in Japan,  EarthBound is the story of a young boy named Ness who has telepathic powers, who is told by a galactic bee named Buzz-Buzz that he’s the boy of prophecy, who is predetermined to save the world with 2 boys and a girl, after a meteorite lands in his small town.  This is an RPG through-and-through, but unlike most JRPG’s of the early to mid-90’s, this is set in a modern, contemporary setting.  You’ll find no dragons here, no witches or wizards.  You refill HP with burgers and pizza, and you attach with baseball bats and frying pans.  It’s really an awesome feeling, and was even more so in 1995.

I was one of the lucky kids that got this game when it first came out.  I played the heck out of it, multiple times.  Somewhere in my storage exists a playthrough of my childhood games on VHS (I cannot wait to find that someday!), and I played this game all the way through so many times, I knew this game inside-out even before I learned the speedrun.

And this game still took me 160+ hours to get my goal time and learn!

The speedrun doesn’t require the manip, which is a pre-planned route where you walk, talk, and menu an exact way to guarantee the outcome of the early game, eliminating a huge portion of the early game grind.  Mostly it’s just menuing and inventory management, but it does make some portions of the game hectic when you’re underlevelled and trying to hurry.

This was such a good game to learn, but it’s not without flaws, the largest of which is just how LONG this game is.  Especially since I was working when I ran this, I would only have time to do one good attempt a night, and then it was all-or-nothing.  But I still thoroughly enjoyed this game.  Sure, the graphics aren’t great for SNES in 1995, but the amazing music, perfectly unique characters and settings, and humor aren’t lost on me, and won’t be on you, either.  Casually I disagree with the Nerd; this game is perfect.  The speedrun is close.  Pure bliss, you won’t regret learning this game if you’re a fan. 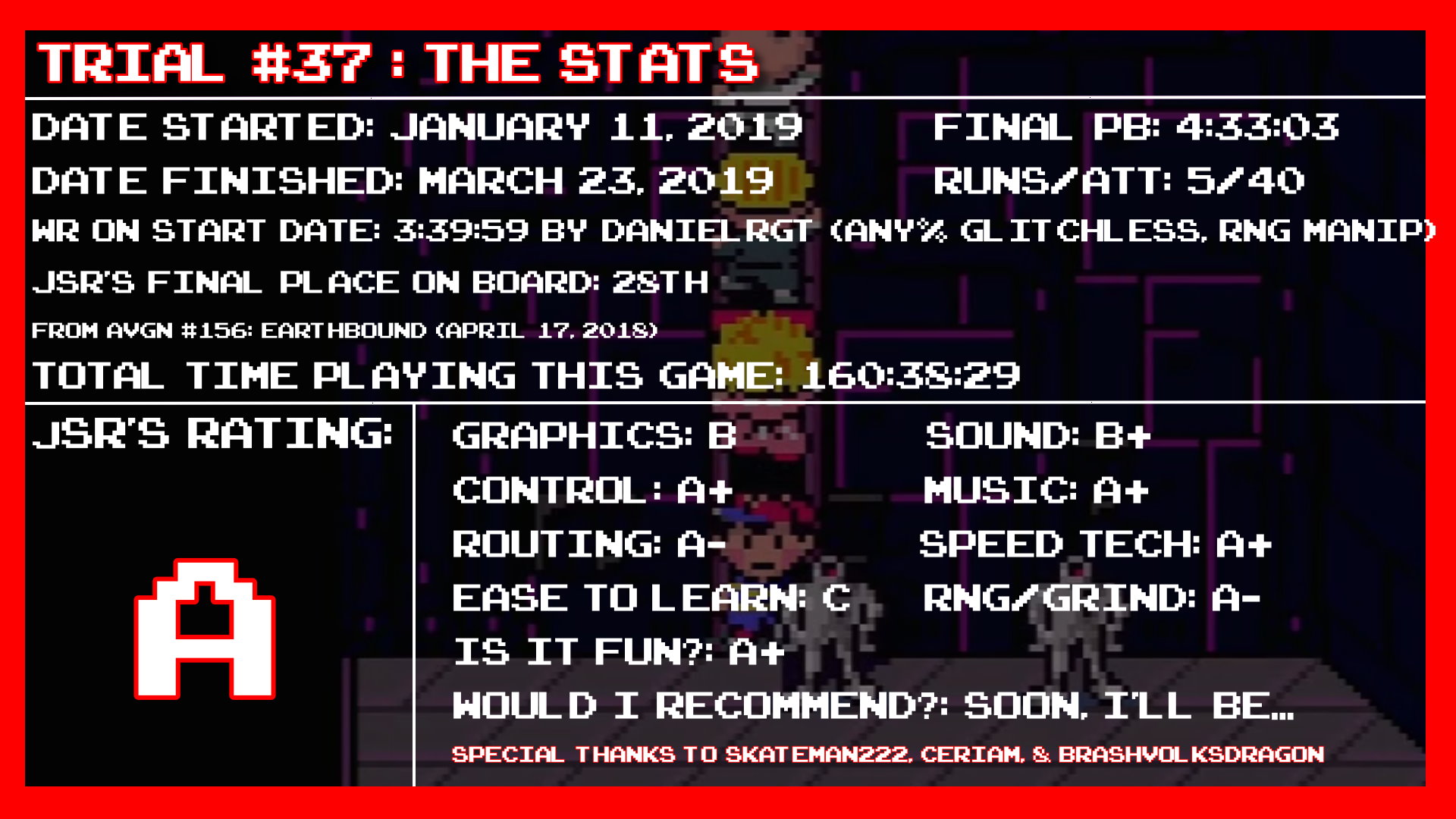