This game is such a missed opportunity.  What a shame.

The concept of a Dirty Harry NES game could have been great.  Travel from place to place to track down the serial killer from the 1st movie (admittedly, the only one I’ve ever seen) or to do other things from the movie.  Of course, the game does, to an extent, follow scenes from 3 separate movies from the franchise, but it’s done so loosely and poorly that you forget you’re playing a Dirty Harry game.

The awful graphics, terrible music, and horrid controls don’t help.  There is little redemption to be had here, this game controls like an out-of-control bull on ice skates.  Jumping uses both A and B, but the hitboxes for where you can stand are inconsistent and glitchy.  Not only this, but some areas you can stand are hard to see, to the point of being almost invisible, while others look solid and you fall right through (a classic AVGN Trope, but it’s living strong with this one).  The limited ammo, lack of true i-frames, and terrible enemy RNG with spawns that can be literally right on your avatar, make this a brutally difficult game, despite passwords allowing you to pick your progress up where you “left off” (aka where you last game over’d lol).

The speedrun ALMOST saves this from mediocrity and makes it just a tad better than rubbing a cheese grater against your loins.  With some fun routing options, glitches, tech and more, the speedrun IS almost fun, believe it or not.  However, this game’s flaws hold it back too much, and the ultimate optimized route requires you to skip the flashlight (which only loses about a minute, but makes the run significantly easier). No thank you, I’ll take my 3rd place with a shrug and a smile lol.

Dirty Harry?  Nah, stick to Dick Tracy instead. (honestly, a mishmash of those two games, using only the good parts of them each, would be quite an amazing game IMO). 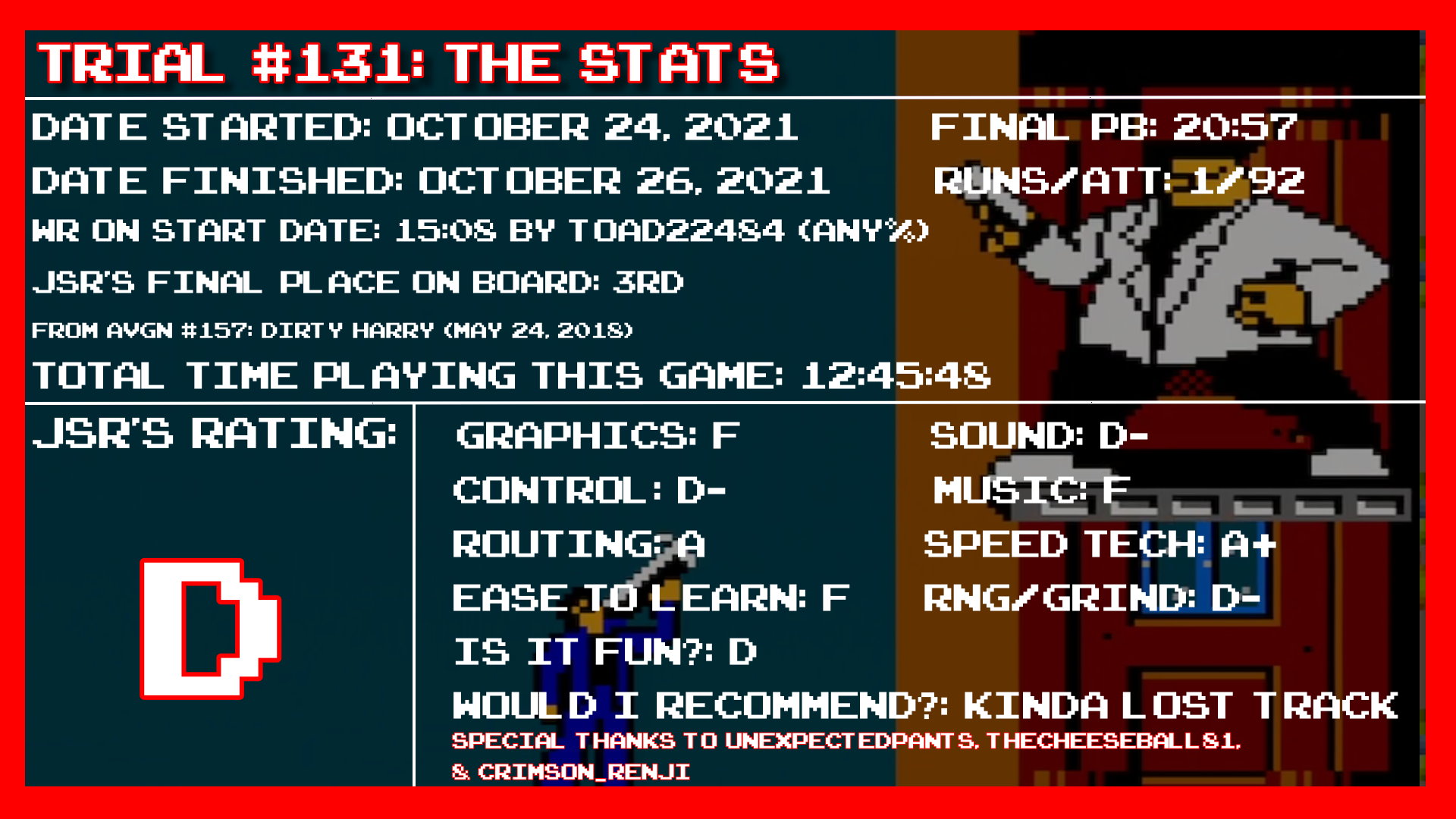