There are bad games, and then there are janky games.  Sometimes, there are both.  This is certainly one of those times.  Drake of the 99 Dragons, a “gem” made by Majesco, came out in 2003.  Let that sink in for a second.  Holy shit.

This is the jankiest game I’ve ever seen, in terms of what they put together, and what we got.  Sure, Big Rigs is jankier, but that game looks like they threw it together in a week.  This was supposed to launch a media franchise!  Comics, movies, sequels, the whole nine!  How… in the living FUCK… did Majesco suits and investors etc. sit down and say, “This is a good idea!”  I MEAN HOW?  They probably make more money than I do.  HOW DO THEY STILL HAVE JOBS?

The graphics are decent.  That is literally the only thing this game has going for it.  The voice acting is awful, the music sucks, the controls are some of the worst I’ve ever had the displeasure of playing with, the game glitches out and crashes, and the story sucks.  The gameplay is awful.  I have NOTHING nice to say about this game… except when it comes to the speedrun.  In the speedrun there’s some tech.  There.  Is that nice?  Good enough for you?  No?  Good for you, go sit on a cactus. 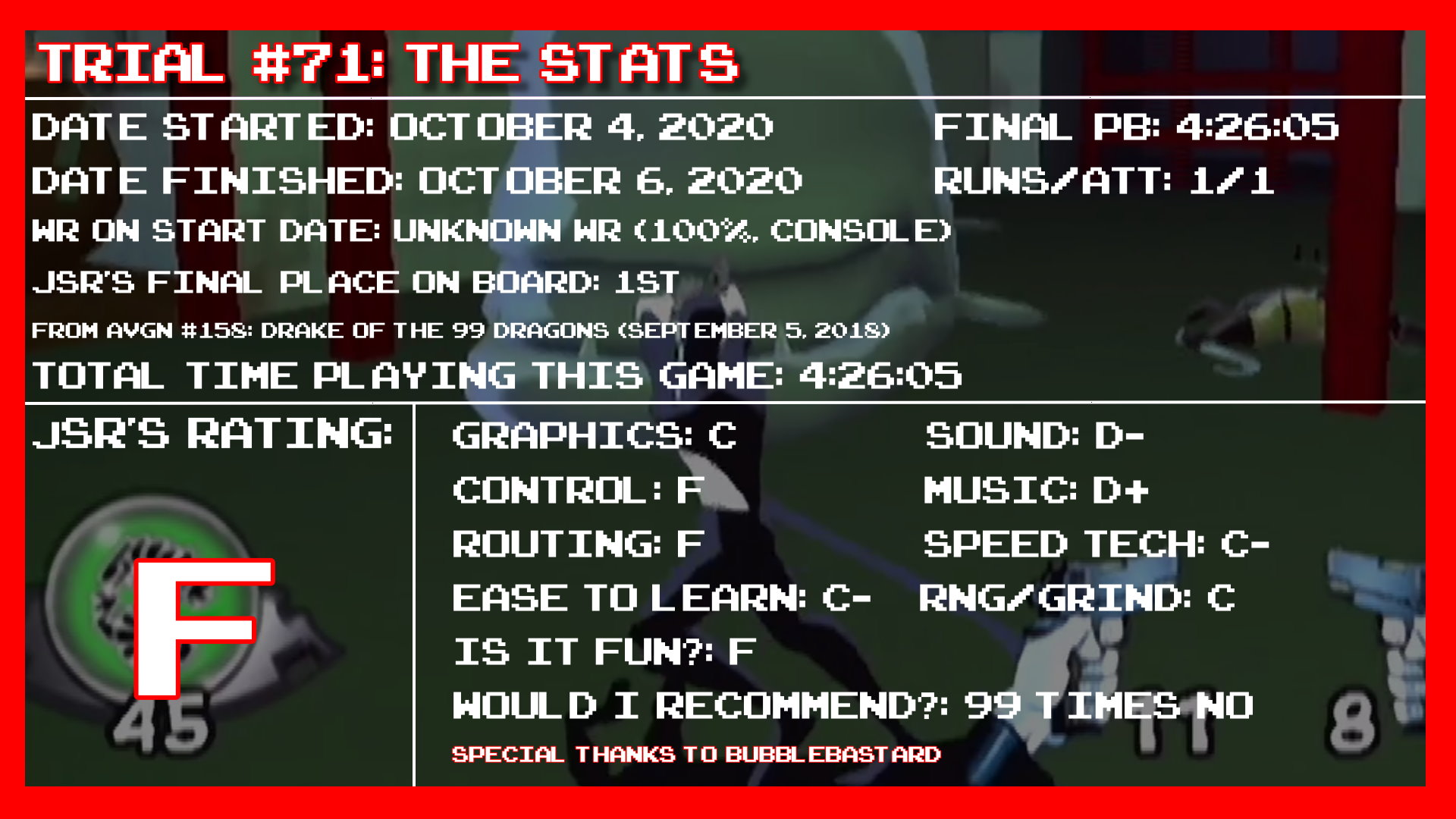