Jim is a solitary fellow, leading a life of simple tastes and honest means.  Wearing nothing but the potato sack he had after the last of his meals had been eaten, he wanders out into the real world, a pixelated mishmash of 5 frames-per-second, pop-up laden blurriness and muddiness that cannot be imagined in 1995.  Atlus and T&E Soft developed this game to save Jim’s life as he must save America’s Top Model™ from turning into Zelda II Fairies and…

Ok, that’s not how the story of Virtual Hydlide goes, but excuse me for not knowing that; the FMV intro just shows the Princess turning into 3 fairies, and Jim the knight must wander out and save them.  Virtual Hydlide is designed as a randomizer of sorts; the game has a set number of procedurally-generated dungeons, overworld maps, enemy sets, item sets, and more.  However, if you use a seed code, you can route the game out, potentially making the speedrun limitless as to what seed might be the fastest and best to run.  I opted to go with a seed I saw from a runner who, along with his wife, co-commentated his run under the YouTube name “Retro Pals” (you can see their run here).  This made routing and learning this game super easy, and honestly it was a pleasure to experience.  This title, despite it’s limitations, has limitless routing potential, almost literally!

Despite this game chugging along in single-digit framerates, it isn’t awful to look at, and honestly, plays MUCH better than it has any business in doing so.  Sure, the controls can be frustrating due to lag, low frame rates, and the digital Saturn controller’s non-analog limitations, but they made this game work somehow, despite all of this; this early 3D RPG plays a LOT like a cross between a 3D Zelda game and Skyrim.  A large, colorful, clear map indicates clearly where you are and should go.  The menu system allows for quicksaves and an intuitive weight system in your inventory.  Should you grab that armor?  Do you actually need it?

My one big gripe with this game is that the enemies, for the most part, can be skipped, but from a speedrun perspective, this is no different than 90% of games out there, and here they can actually be a hazard; mimic chests can confuse you, zombies can trap you, and skeletons whittle your health down, while the bosses (for the most part) offer a unique challenge.  I can honestly say that I enjoyed this game, both casually and as a speedrun.

I remember watching Gyre’s run at GDQ and thinking that he must be mad; he was enjoying this speedrun.  Well, now I know, and I can say it too: it’s a CRIME that only 5 people (myself included) seem to have taken on this challenge, and I hope that someday you might as well!  Give this game a try and see why it’s surprisingly fun, despite being one of the ugliest games I’ve ever played (considering this was 1995, anyways). 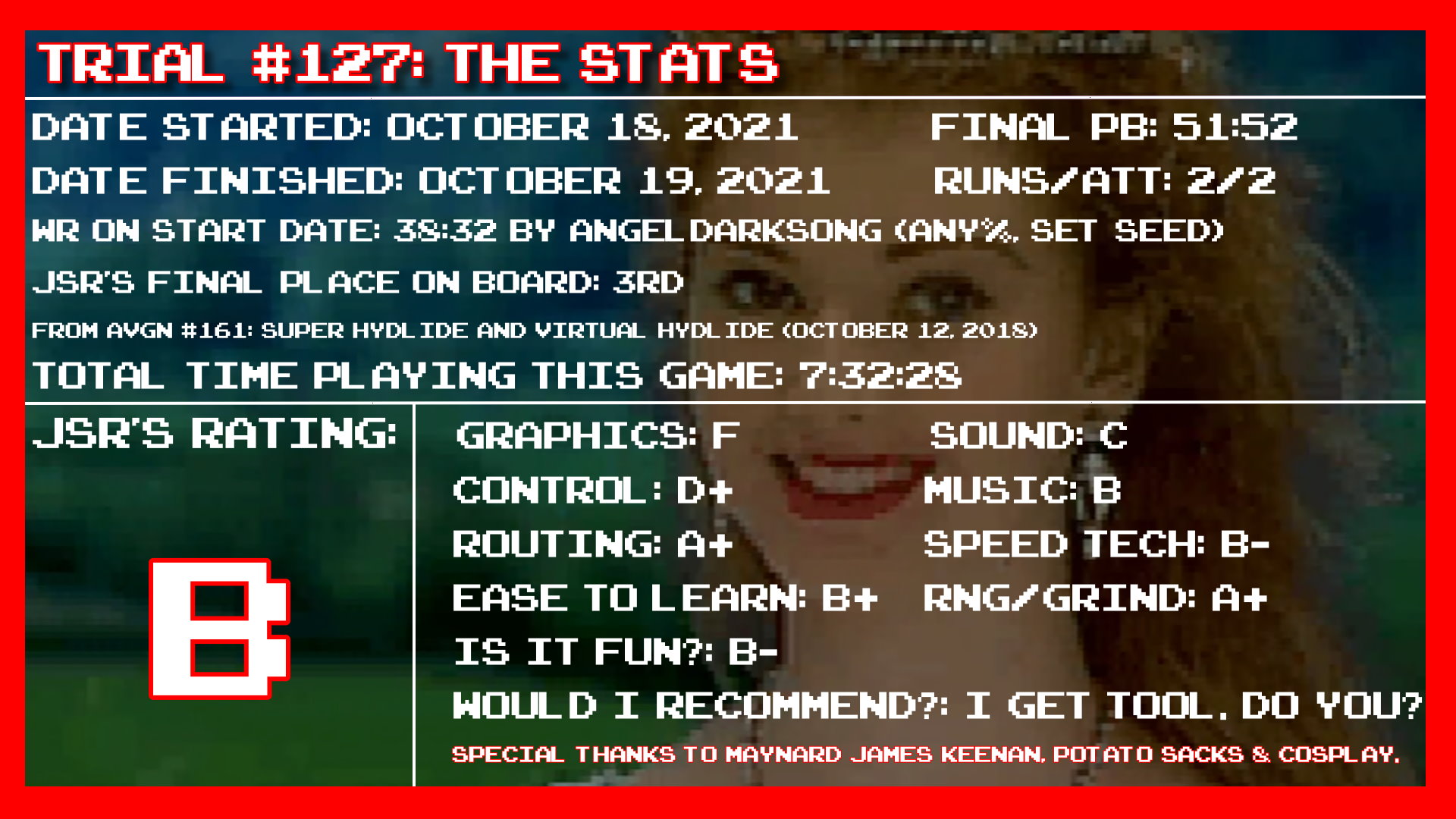