179. The Fantastic Adventures of Dizzy

The Fantastic Adventures of Dizzy (1991, NES) by Camerica

NOTE: Only games that were released for the Aladdin Deck Enhancer were considered for this episode, although most of the library was available as a standalone cartridge.

There are many games that are the equivalent of an “upper-decker” that were released for the Aladdin Deck Enhancer, an add-on released by Codemasters and Camerica in 1993.  Most of the games on this system accessory were total trash, with a few others not being too terrible.  This title was the standout of the bunch to me, and so this is what I chose for game #179.

Unfortunately for me, my setup uses a top-loader NES, and the Aladdin is likely to destroy a top loader console (as you’ll see in the Nerd episode above).  I could have used my Everdrive to play it, but I happened to own the standalone cartridge version, which came out in 1991.  The two different versions of this title, known outside of the US as “Fantastic Dizzy”, are slightly altered; the cart version has 100 stars instead of 250, Dizzy moves a bit slower, and the inventory system is changed.  Thus, the speedruns are slightly different.

Dizzy is an anthropomorphic egg who lives in a tree village with the Yolkfolk, a race of human-like eggs.  Yeah, it’s odd to say the least.  Dizzy’s girlfriend has been kidnapped by an evil human wizard, Zak, and you must collect stars to break the seal on his palace so you can save her.  The game is a platformer, but instead of focusing on action and precision, you instead must solve many puzzles throughout the game using items you find along the way.  You have a health meter, but thanks to a glitch you can become temporarily invincible to most enemies’ attacks.

This game is massive, and has amazing music and bright, colorful graphics.  The controls aren’t perfect, but they are really good, especially when you consider this is an unlicensed game.  The Fantastic Adventures of Dizzy sold poorly as a result, which is a shame; this game should have been much more successful.  Many licensed games play nowhere nearly as well as this title.  This is a legitimately good game.  The speedrun is very underrated, and you can route the run many different ways.

I cannot believe that there aren’t more RTAs of this game.  This is a great game.  Not S-Tier or anything, but this is such a hidden gem.  I strongly consider any NES enthusiasts out there to check this game out.  Sure, playing this casually without a guide might be a bit of a chore, but this speedrun was a blast! 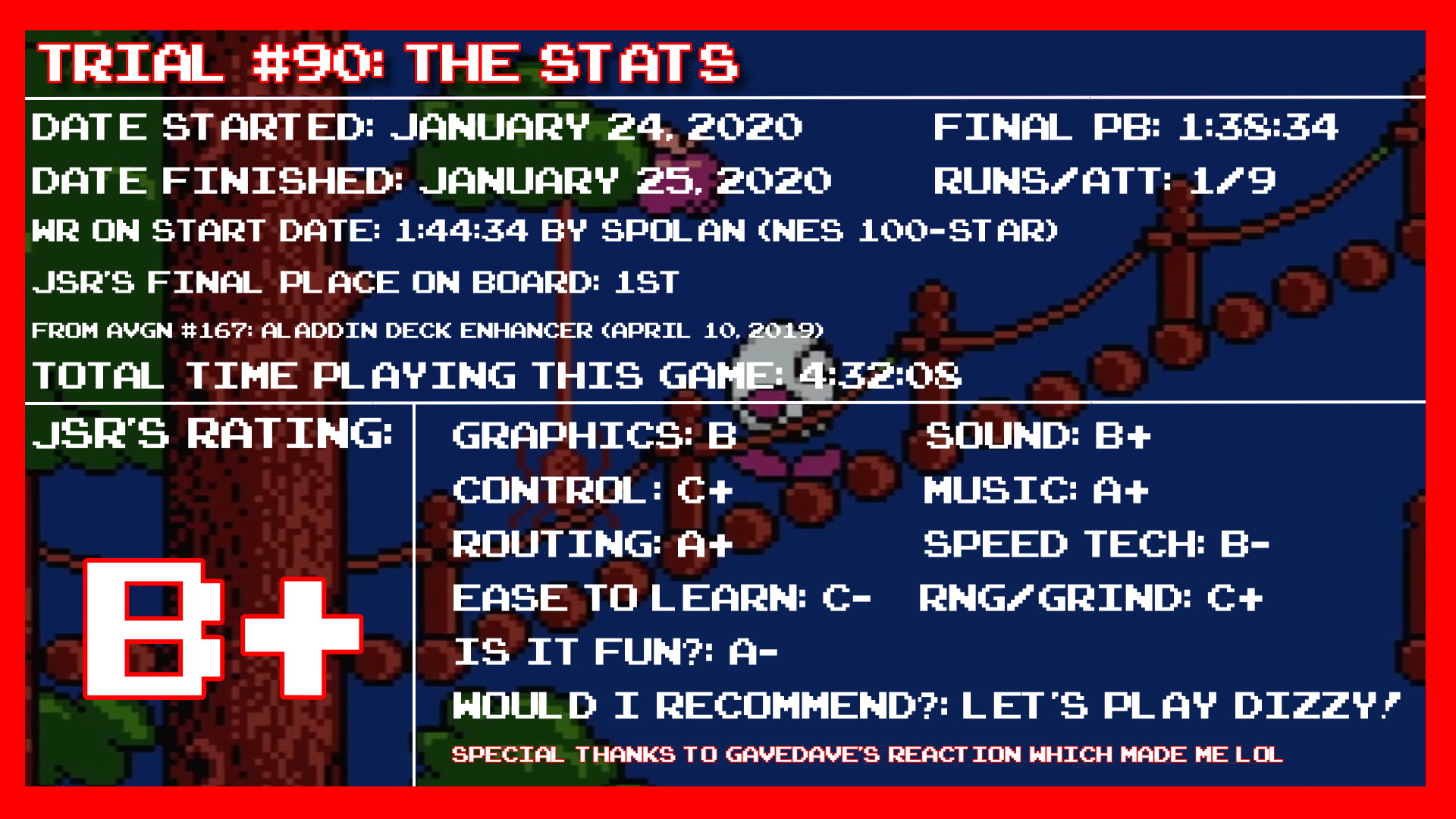