Gilbert Gottfried is a treasure, I’ll just say that.  The Life of Black Tiger episode is hilarious, as the Nerd covers one of the worst games released in recent years for the PlayStation 4.  1Games originally released this turd on Android devices in 2014, and on phones and tablets, it’s far from perfect; a mediocre game meant to waste time while you were spending time getting rid of waste (yes that’s a toilet joke).

This was unique in the Trials, as this game came up almost immediately after the episode released (at the time, it was the newest AVGN episode).  And oh boy, is it bad.  The graphics barely look like they belong on the PS2, let alone PS4.  Awful framerates, terrible animations, N64-levels of pop-up, even fog… the character models look like demo models from some free-to-download animator.  The music in the menus is awesome but the game has no music to speak of during gameplay.  The missions are repetitive; take your tiger to an animal or human, kill them, rinse and repeat.  This doesn’t change until later in the game when you suddenly change roles to the humans, and must hunt the very black tiger you’ve been playing as the entire game!

The controls are abysmal.  Again, this is shockingly bad for a game that was released on this generation of consoles.  The fact they are charging for this game is mind-blowing; this would be an awful game if it were free-to-play!  They should be handing out refunds for this turd!

The speedrun is pretty much straightforward at this point, though I’m certain if a glitch hunter or speedrunner wanted to, they could find some game-breaking glitch in here somewhere.  Thing is, nobody wants to run this game, and you shouldn’t either.

I can say, however, if you’re looking for some janky, hilarious gameplay, this delivers in bunches!  Launching bunnies a mile in the air is pretty hilarious.  The tiger moves like he’s in quicksand, and every animation and section of the game is a bug-riddled mess.  It’s pretty hilarious to be honest, but playing the entire game in one sitting would probably allow anyone to see how fast the janky charm wears off.  Steer clear unless you want to laugh for 10 minutes. 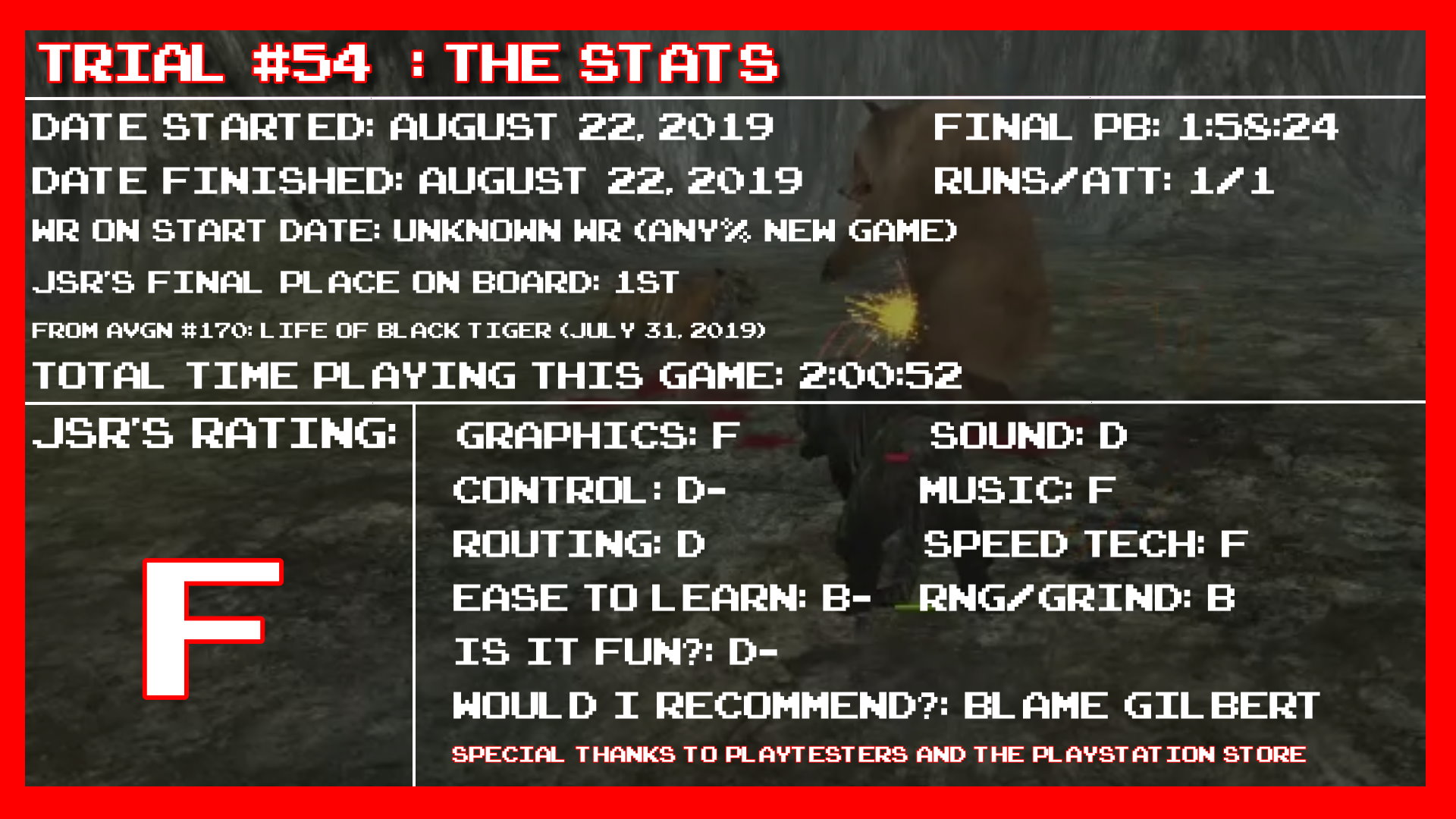