Some games have all the graphics, and no gameplay.  Others play like Popeye or Pac-Man, with rudimentary graphics, repetitive music, and archaic gameplay.  This game, the Will Harvey made “The Immortal”, is actually quite good, as it has amazing gameplay combined with great graphics and sound.  So why does this game have such a terrible reputation?  Why is this game considered bad?

Because it IS bad… if you play it casually, without a guide, and without strategies.  This speedrun, on the other hand, is fantastic.  Casually, this game is a beginner’s trap, with pitfalls, perils, and unfair deaths being the name of the game, requiring the player to either write them all down, remember them, or else forever die to the same stupid worms in the red room of doom.  Taking all of this game’s infamous “trial and error” gameplay out of the equation, the speedrun turns this into an isometric dungeon crawler with fantastic controls and fun speed tech, including encounter skips, fast areas like the red room of worms or Kraken’s lair, and of course the pulse-pounding final encounter.

This is a lovely game to play when you know what to do, but it IS hindered by one major problem: the RNG.  EVERYTHING in this game is RNG.  The enemy behavior, the projectiles, and even the npc’s to an extent; only the final boss and the Kraken are even remotely predictable.  There’s a stupid beam of light that will kill you unless it’s green, and it’s guarded by a tough troll fight that is bad to take, not so much because of the fight itself as much the time loss; it’s a long fight.  The skips can be atrocious to nail and missing one loses about 15-45 seconds each time.

That being said, as salty and miserable as I was during this Trial, this was a legitimately fun game to speedrun and I highly recommend it to all my NES runners out there.  This is a great game to run and it’s very satisfying.  Just be ready for resets… and more resets… 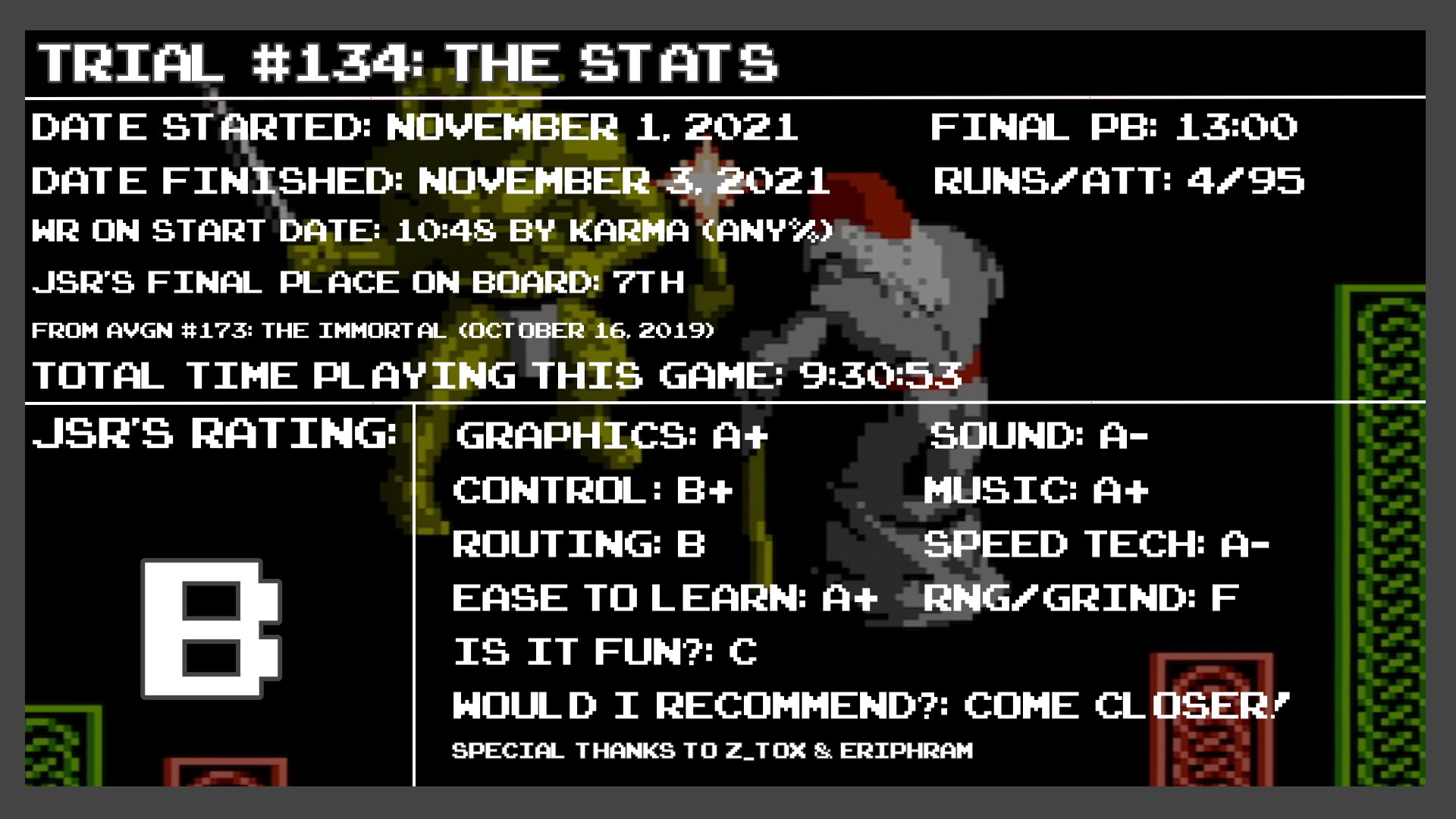