NOTE: for this themed episode, only Mortal Kombat games were considered.  Other games such as Street Fighter II were not eligible.

Mortal Kombat is another legendary title that needs no introduction.  Far from flawless, yet still achieving victory, Midway’s arcade smash hit shocked and awed arcade patrons in 1992 with it’s beautiful rotoscoped sprite work, tight (if not slightly clunky) combat controls… and there’s something else… bloody hell, I’m putting my heart and soul into this trying to figure out what I forgot, but it’s killing me to remember.

It was inevitable that the game would be ported to every console under the sun, and sure enough, Acclaim brought it to the Sega Genesis a year later… blood included (locked behind an easy-to-remember code).  This version is pretty faithful, all things considered, to the arcade version.  The Genesis controller works great, and the game, despite being harder than a virgin in a strip club, is pretty fun, especially with 2 players.

The speedrun, however, doesn’t quite live up to the hype.  It’s not bad per sé, but the strats are repetitive, and of course speedrunning a fighting game means no fatalities or bonus games.  Which is kind of lame if you ask me.  That being said, this was a decent little distraction of a trial that only took one stream to knock out.  Being honest, beating this game on the hardest difficulty, cheese be damned, was a really awesome accomplishment for me, since I had never beaten ANY Mortal Kombat game on 1CC without cheat codes or a game over, let alone on hard. 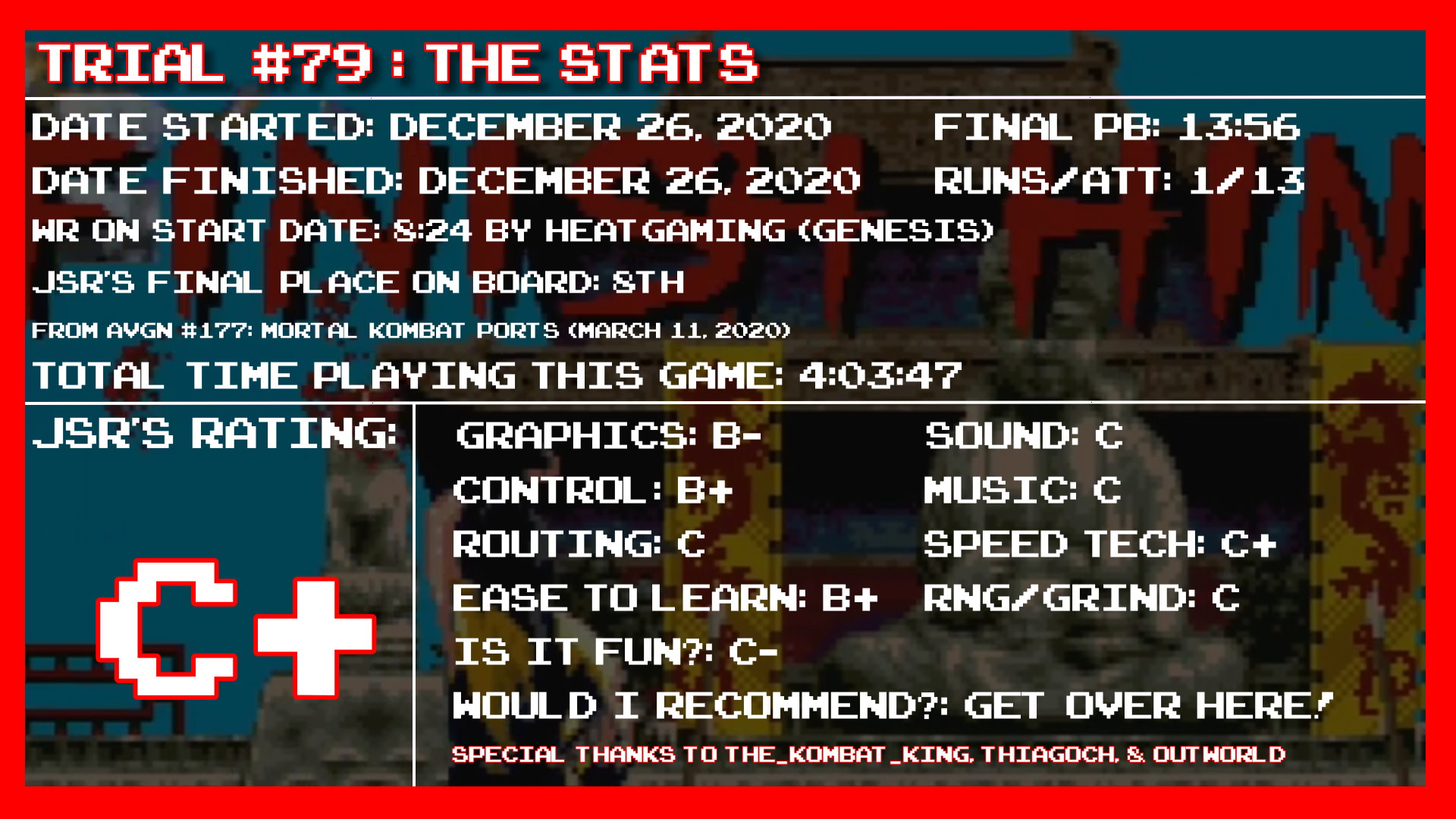