LJN, you bastardly rainbow company of doom… every time you seem to learn your lessons and take a step forward, you get hit by an enemy and get knocked 100 steps back into a wall, where your head flies off reversing your controls as you get pounded by bees and smoke and balls and bs traps… better hope the game doesn’t eat your input on that jump to escape, Laughing Joking Numbnuts!

The Incredible Crash Dummies is a 1994 NES game by LJN that features Geoff Follin’s OST which has his signature sounds… but even that falls a bit flat.  Nothing this game does, it does well; the graphics are decent… for 1989, but for ’94 they’re lackluster and bland.  The music is catchy, but there’s only 4 or 5 songs and only 2 play for the majority of the game.  The sound effects are stockish, and the game itself is a lame side-scroller platformer with no goals except to survive from Point A to Point B.

And that’s where this game’s biggest issue lies: the controls are abysmal.  This game is absolutely one of the worst-controlling video games I’ve ever played.  It’s not Kid Kool or Conan bad, but they’re definitely in the same league.  This game has two characters; one rolls around on a wheel and one runs on foot.  The wheeled one (I can’t remember which of the 2 it is, and I honestly don’t even care!) bounces when he lands, has ice physics, and can roll around uncontrollably with a rocket “upgrade”.  The one on foot, he stops on a dime but gets eaten jumps and BS enemies to deal with, instead.  The eaten inputs man… this is worse than “A Nightmare on Elm Street” and that game is bad, let me tell you (or let past JSR tell you himself, here!).

This game does get saved a LOT by its’ speedrun.  The tech, though minimalistic, is fun and satisfying to pull off.  It is an easy game to learn, and it IS fun to play when it’s not annoying you with what I mentioned above.  That said… I mean, it’s LJN.  If you like that, then run this game.  If you don’t, then don’t.  But if you don’t know why that explains how I feel about this kusoge, then watch the Nerd and see for yourself. 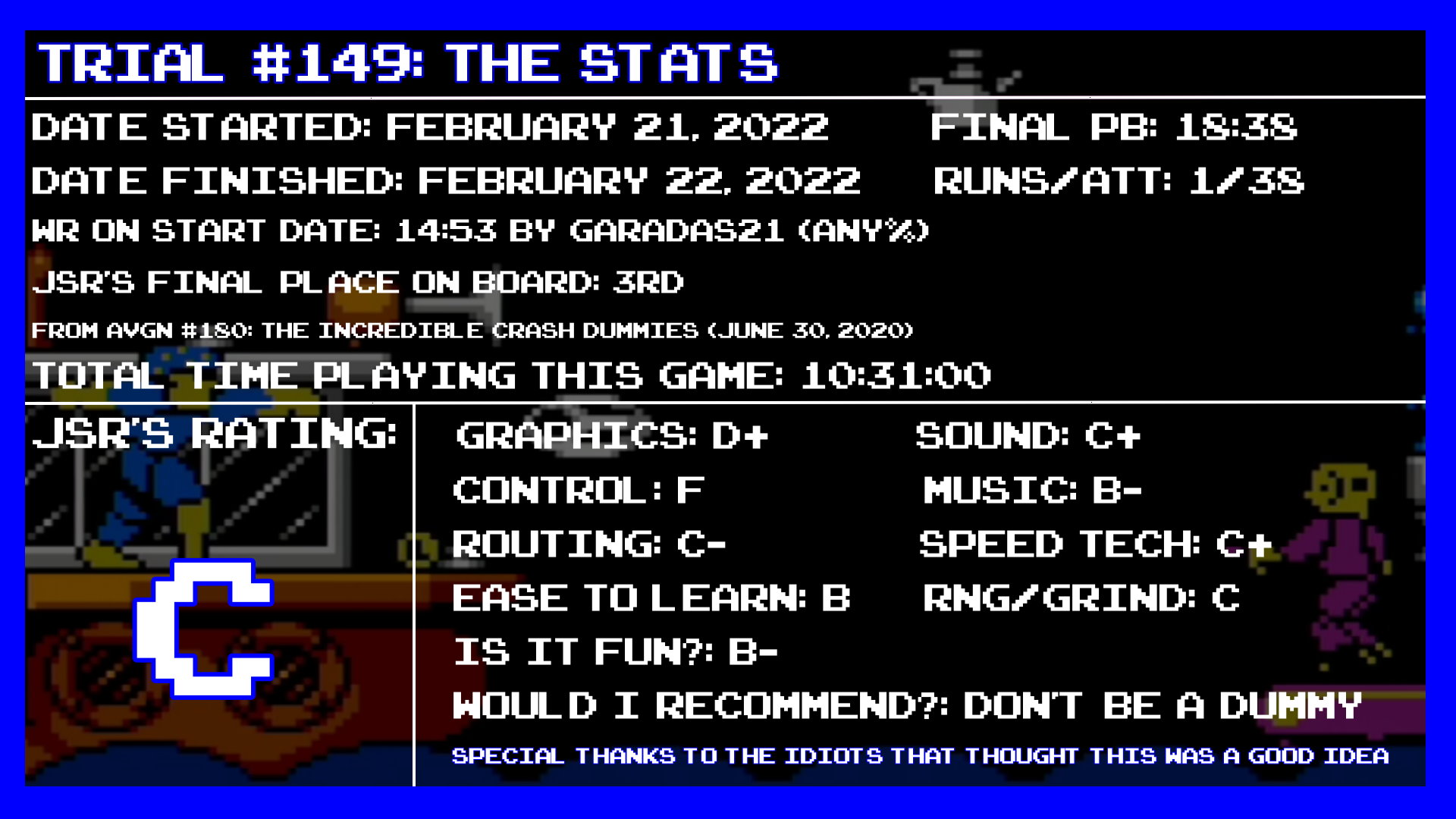