At this point in the Trials, I felt like I could speedrun anything.  I had tackled shooters, racing games, fighting games, board games, and even a seizure-inducing romp through Polybius.  Going into the Trial of Ecco the Dolphin, I had yet to encounter a game that had an optimized and well-documented speedrun that I had struggled with quite as much as this title.  Thusly, once I beat it, it was one-and-done.

This is a weird game for me.  I remember being a kid and being mesmerized by the gorgeous graphics, and the underwater ambiance.  The controls were floaty, but you were literally a dolphin underwater, so that just felt kind of natural I suppose.  And they really are floaty; even as an adult, getting Ecco to go right where you want to is a chore to say the least.  In my opinion, this really holds this game back from being as epic of a speedrun as the actual runners might suggest.

Ecco’s family has been sucked into a mysterious vortex, and you must save them… from aliens… by travelling through time.  Yeah… someone was smoking the good stuff here.  This game is weird, man.  And hard.  HARD.  BRUTAL.  This might be the most difficult game I’ve ever beaten.  I can’t imagine what they were thinking.  This is insanely, stupidly difficult.  Like, Independence Day and Polybius levels of hard.  The difference being, at least in this game, it feels like it’s kind of fair, like you can at least see what kills you, even if it feels like there’s nothing you can do.

My time sucks in this game.  I don’t care.  If you’re gonna judge me, try this game for yourself first.  If you still judge me, well then, I suppose I’d love to see you do those other two games.  Or better yet, I care not.  I did not like my time under the sea, no I did not. 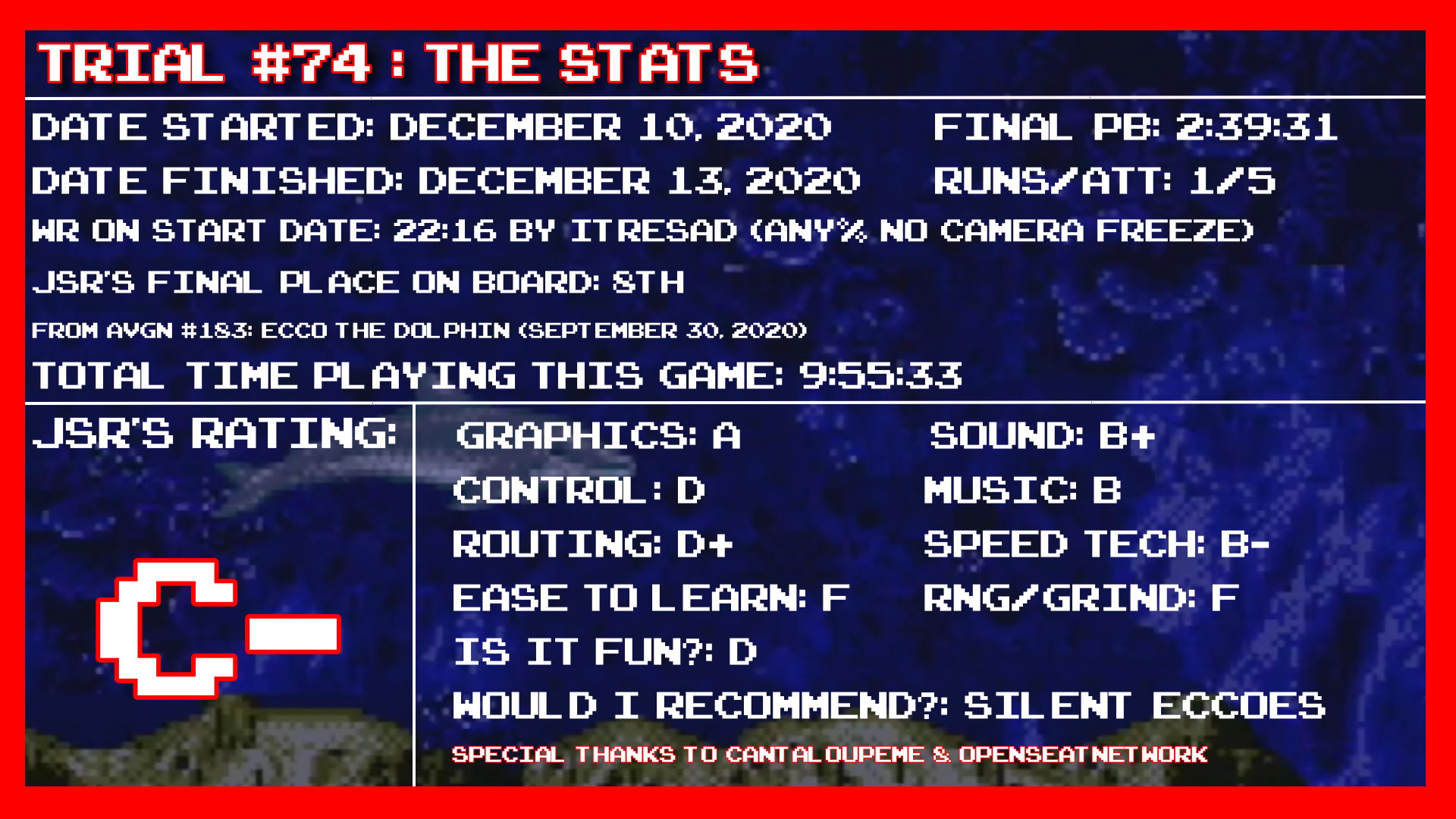