Some games have all the luck.  They get the cover of Nintendo Power, or the quarter-munching 4-player action of a late-80’s arcade hotspot.  And others, despite being popular enough to warrant a home port, don’t ever quite get to the same level of respect and status that others do.  The NewZealand Story, also known as Kiwi Kraze in the USA, is one such game.  Eventually ported to a lot of consoles and platforms including (but not limited to) the NES and the Sega Master System, the Nerd showcased the Arcade version in his Taito: Legends compilation episode in late 2020.  This hidden gem is the one I chose, and it’s a lot of fun!

You play a cute little kiwi chick on a mission to save his friends and girlfriend, who are kidnapped by an evil walrus!  You can flap your wings (by mashing your tail off, I might add!), shoot a bow and arrow (or get powerups!) and fly using the enemy’s vehicles, through 20 levels of platform and puzzle action!  Maze-like levels abound, with lots of wrong turns and obstacles to avoid.  The game is so darned cute and fun that its’ few flaws are not as prevalent here.  The Taito: Legends disc emulates the arcade game, and that might account for its’ blurry visuals and very slight input lag; it’s not unplayable by any means, but I imagine a real cabinet would play so much better here.

This speedrun has some cool tech and routing in it.  We use a death abuse to skip a few bosses (including the last one) and a level by floating up to heaven!  Yeah, you read that right!  There’s a drop of speed shoes we try to manipulate to drop in a specific spot.  Luckily, the arcade game allows you to continue with a coin, making this much easier than the home ports.  This is a solid, fun, and easy speedrun to learn, and although the ceiling is low, you’ll certainly enjoy your time with this Taito title!  I highly recommend you give this game a try! 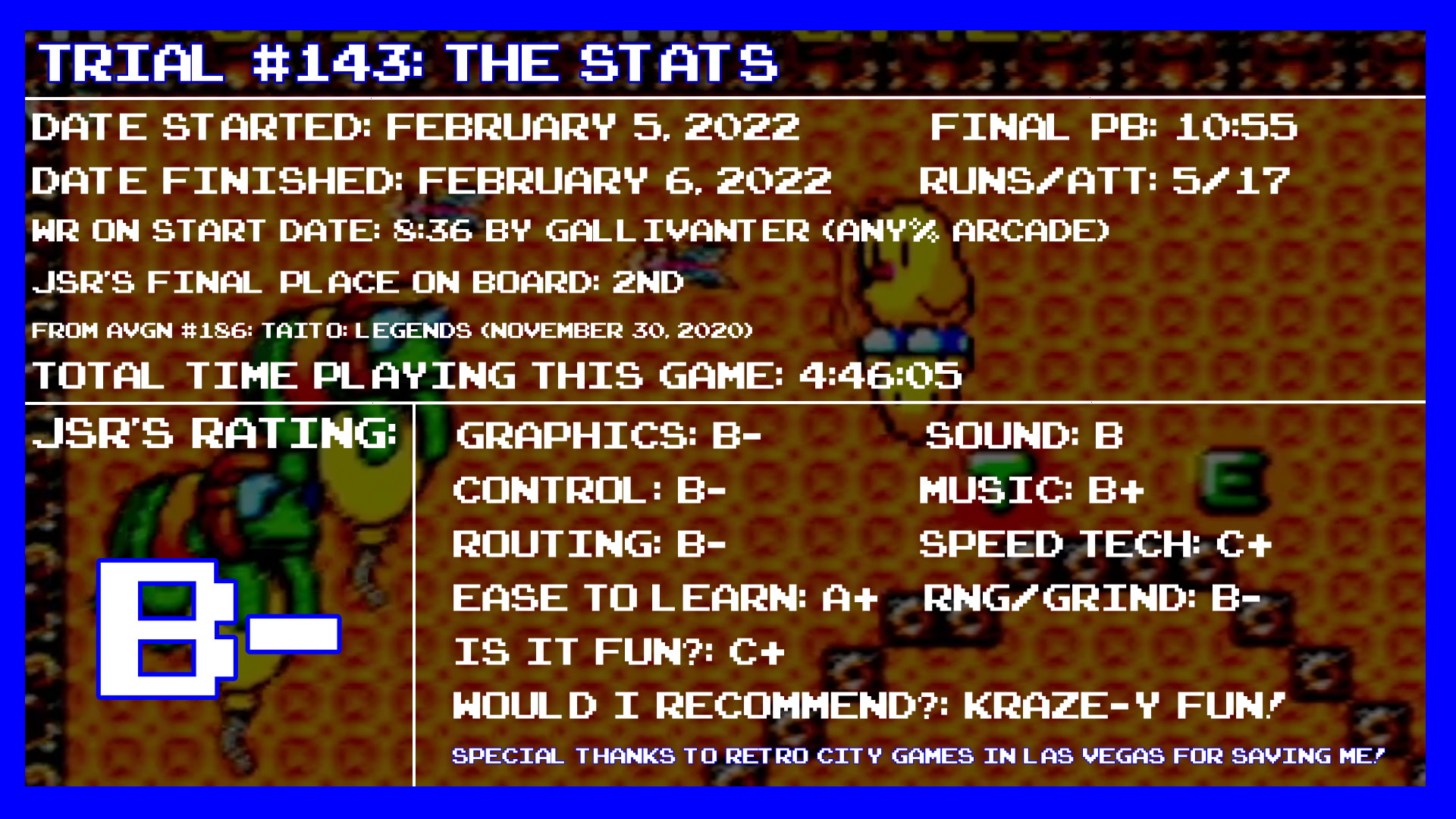