Wizard Video Games made 2 Horror-based games in 1983. The first one AVGN and I both addressed was The Texas Chainsaw Massacre which was… awful, to say the least. Their second game was Halloween, which was by no means a hidden gem, but at least this game took multiple brain cells to finish, and was relatively creative.

First off, this game is both graphically and audibly a MAJOR upgrade from TCM. You get the Halloween theme, and Michael Myers with a knife is more menacing than anything on the Atari 2600 deserves to be. You play as a babysitter, and she must save kids from Menacing Mike before he dices them up. But beware! If he catches you, you might find your head rolling on the floor! Rooms with flickering lights are in the house, and Michael can appear at any time…

This game controls decently, and the speedrun is a score attack that is actually more fun than it should be. By no means is this the best score attack on the 2600, but it is still a reasonably difficult and engaging challenge. I was able to get the WR, and the community has since grown 8x in the years since my run. I look forward to seeing what these talented folks can do with this game! 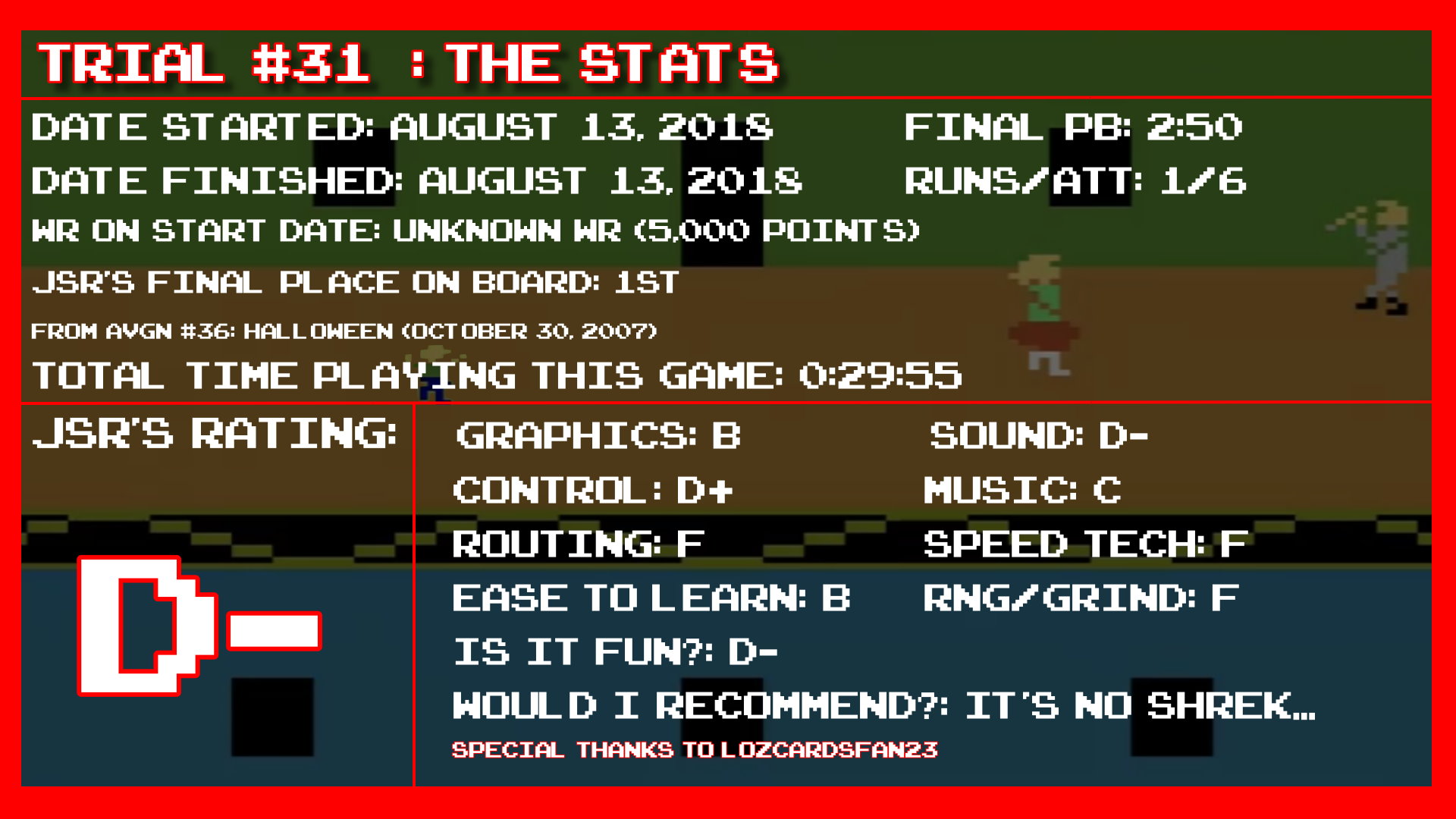