Dragon’s Lair is one of the most iconic games of all time. Gorgeous full-motion video in high definition. Engaging storylines with gameplay that excellently places the player in Dirk the Daring’s boots as he raids the castle to slay Smaug the Dragon and save the Princess! This game is instantly recognizable to anyone that grew up in the early 1980’s and happened to- oh…. wait… we aren’t doing THAT Dragon’s Lair? We’re going to have to do the NES one?

Gorgeous graphics and solid music are ALL this game has going for it, albeit not near the Arcade versions (it’s NES though, so what could you expect?). The slowly-moving character moves with such lag you’d swear it was awful input lag, taking forever to move out of harm’s way and jump onto the platforms (which, of course, require precision to land on). Making matters worse, Dirk dies to most enemies (including the castle gate!) in one hit, meaning this is easily one of the most difficult games of all time!

Luckily for me, there’s 3 versions, and the Japanese version, in my opinion, is the superior speedrunning version. Dirk moves much faster, and Smaug can be defeated rather easily. However, the majority of the game is just as hard, and Death (one of the bosses mid-game) is MUCH harder in this version. Outside of the Smaug kill, this game offers no tech or routing at all, and is insanely unfair and difficult. But…. see…

It kind of grew on me.

The lack of RNG, the fun presentation. As you get the hang of it, it’s not as bad as it appears at first. Now, if you want to run the NES version… good luck. But why bother? Everyone runs the PAL and JP versions anyways. Just run the superior version and save your sanity. 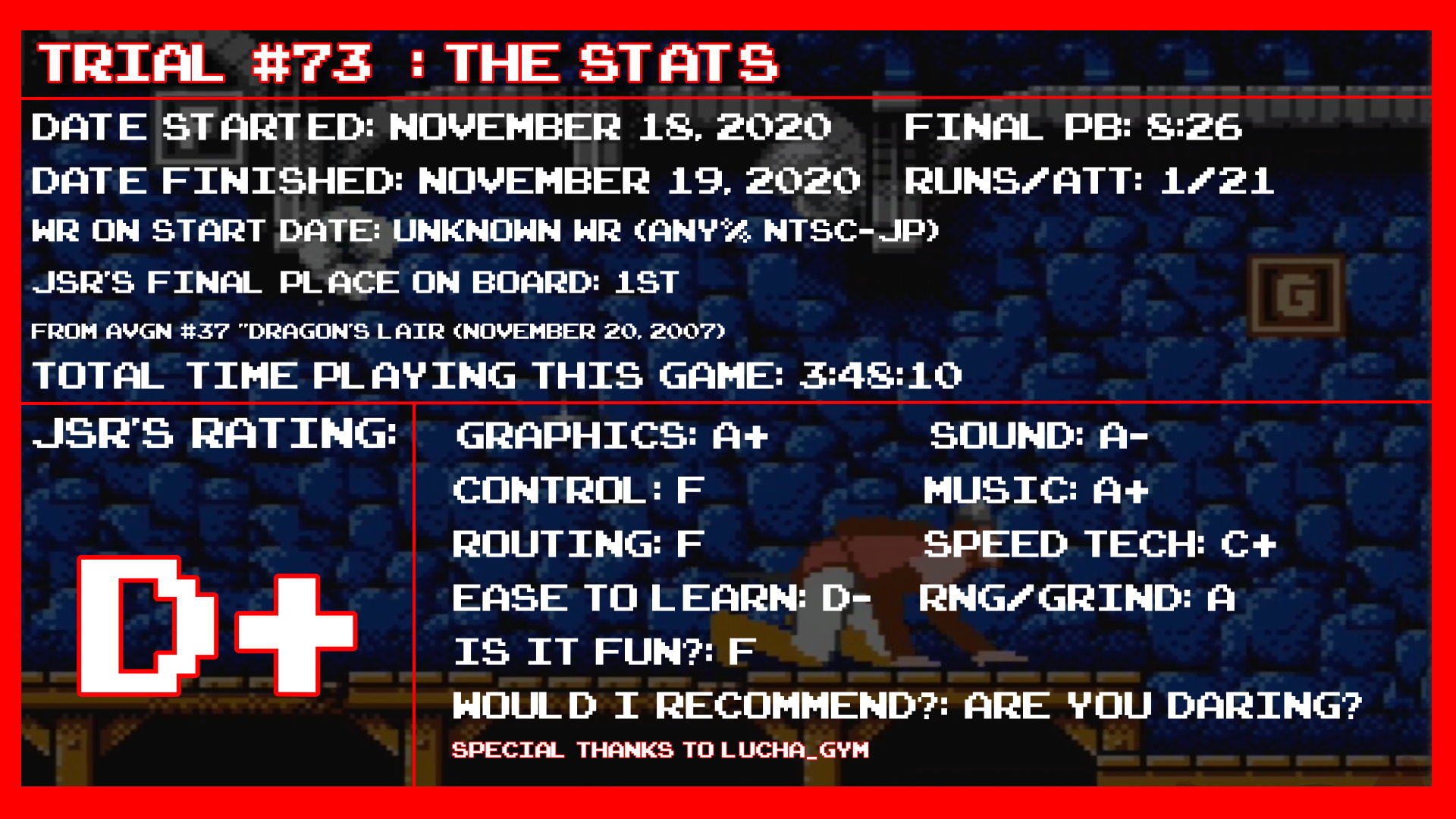