(note: for this themed AVGN episode, all games considered are for the Sega CD)

Let me just preface this with a quick statement: this is an awful speedrun. Because the speedrun is exactly how a casual player would play the game. There is literally zero speed tech, routing, or anything that a speedrunner can do that is different than what anyone else would.

Night Trap is a good game, that being said. The reputation this game has is unfairly deserved, and the controversy this title stirred up is also overblown. Those topics have been covered to death by many people for many years all over the internet, so I will not go into that. In Night Trap, the player works with a secret agent (played by Dana Plato) and the police to stop a mystery: people are going missing in a house, and the suspects seem… odd. Are they even… human?

The gameplay is pretty much what you’d expect from a FMV game in the early 90’s. You control a bunch of cameras, and the game takes place in real time. The player keeps track of where the “augers” appear and must trap them; if the player misses too many, they lose the game. This is easier said than done, and my only real knock against this game is that, to get the perfect ending, it is impossible to capture all the enemies AND see all the amazing (by amazing, I mean so-bad-it’s-good) FMV footage.

The gameplay is a guilty pleasure and is a fun playthrough, which is the only reason this isn’t an F for a speedrun. That being said, if you’re not a fan of this game, I’d say to steer clear. 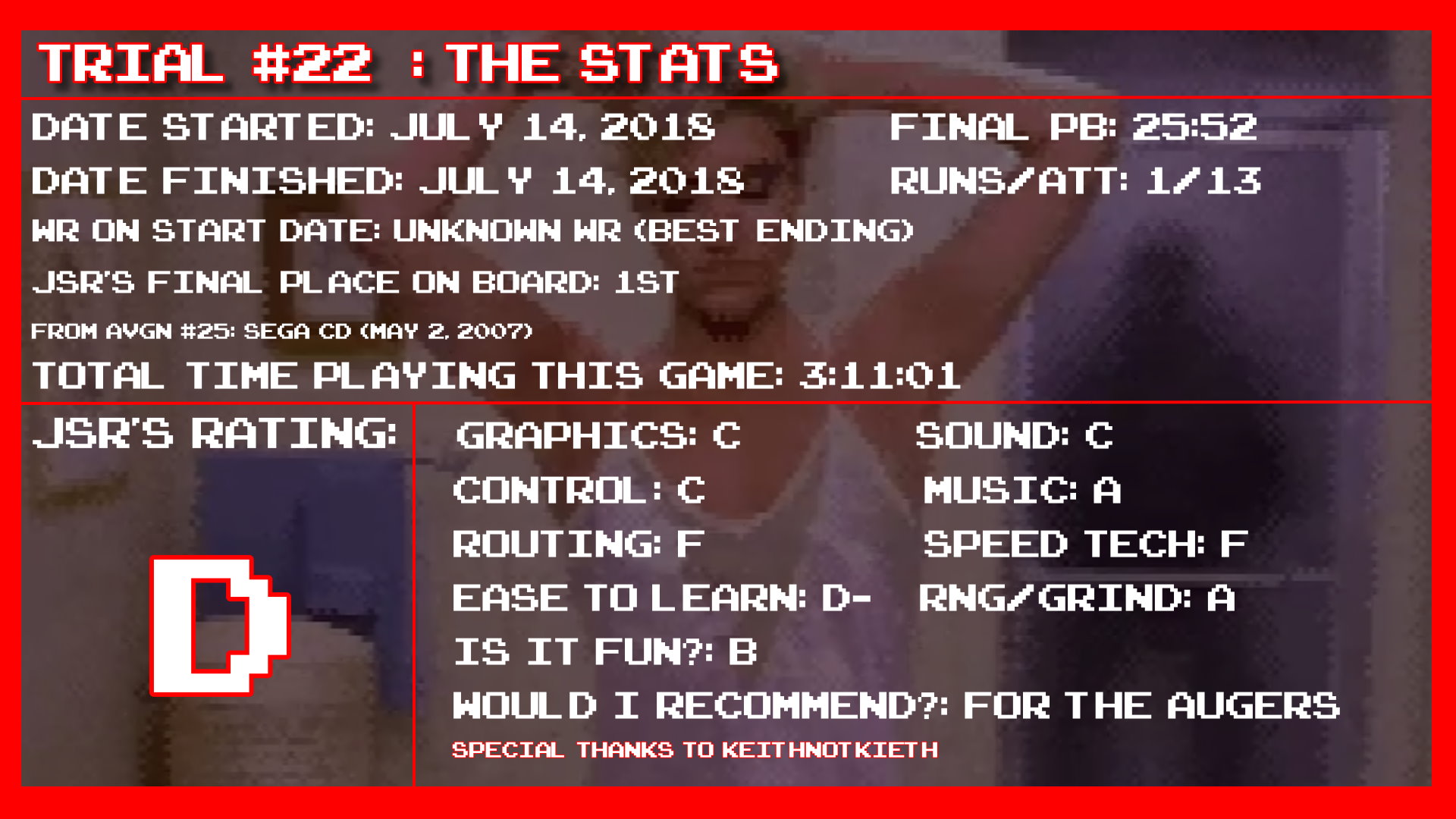