35. Wrath of the Black Manta

The episode here is more interesting than the game itself… and that’s not really saying much, either. It’s not often that a classic and vintage Nerd episode comes to my attention for the first time… and I watch it and realize that even circa-2007 Nerd had some misses. The episode is quite cheesy and features the Nerd alongside Captain S (yeah, I didn’t know who they were, either). The main review title of this episode was actually Home Alone, but since I had already done that episode when I discovered this one, I decided to go with Wrath of the Black Manta. Even though the game isn’t technically reviewed, it’s the only other option I really had.

This game is a game. On the surface, it appears as if it might be extremely fun. The sprites are big, the graphics are colorful, the music isn’t awful. But man, the controls are pretty bad, and in addition, the gameplay is quite repetitive, and the game itself has little to offer. You get to use hidden ninja powers which add some variety, but you’re still slogging away in uninspiring levels as a slowly moving “ninja” with a dad bod. This ninja makes The Last Ninja’s protagonist look like Ryu Hayabusa in comparison.

The speedrun does have some strategies to implement, but the clips aren’t really worth it unless you’re going for a WR-calibur time, and the other strats are pretty much what a casual player would do if they knew the game already. My final PB time here wasn’t impressive, but honestly, playing a game this unimpressive as long as I was able to stomach was the real feat here. 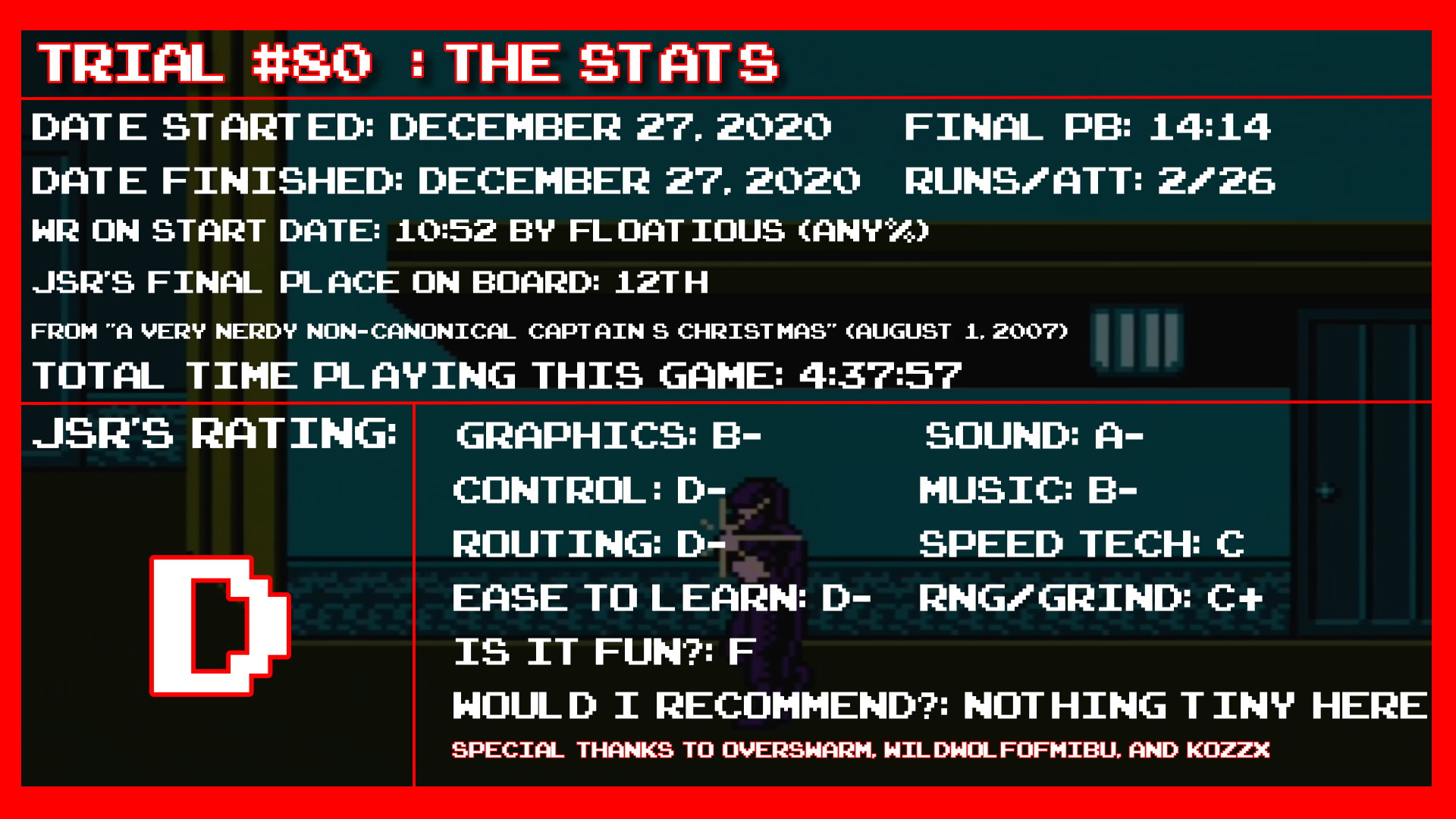