Another “mediocre” platform game from the NES’s heyday? Well, I gotta be honest; though I never thought of this game as a hidden gem or anything, I always liked Home Alone 2. The AVGN included this game in his 2007 2-part Christmas special, and since that time, a lot of folks think this game is bad! Well, be informed! It’s not awful at all!

That’s not to say that this game is flawless. The game is confusing, you don’t always have a weapon, and it can be quite difficult. But once you know where to go, you get a relatively competent platforming game with nice graphics. It’s exactly what you’d expect from an NES movie title at its’ average expectation, which is where I’d put this game.

You play as Kevin McAllister and you’ve just been found out: the Plaza Hotel staff (with an excellent pixel art picture of Tim Curry) is after you! You must escape to the mean streets of New York! Soon, you’ll be fighting off the Wet Bandits in your uncle’s house using all sorts of murder weapons… er, I mean “traps”. Then the final battle begins inside of the Toy Store, Duncan’s Toy Chest, where the kind old bird lady helps you claim victory!

The speedrun is rather average at best, if I’m honest. Not a lot of speed tech here; take the warp in the hotel, then run run run! This game is fun enough to keep this from becoming a slog, but Super Mario 3 this is not; hit detection can be off a bit, the controls are somewhat floaty, and there’s not a lot of useful weapons or health powerups to find if you make mistakes. The run, however, does allow a skilled player to get through these sections of enemies with precision and skill, and is rather fair in that regard. If you know what’s coming, you can make it through with timing.

Home Alone 2 is a decent speedrun. Nothing to write home about, but I’m not sure it warrants a Nerd episode, either, IMO. 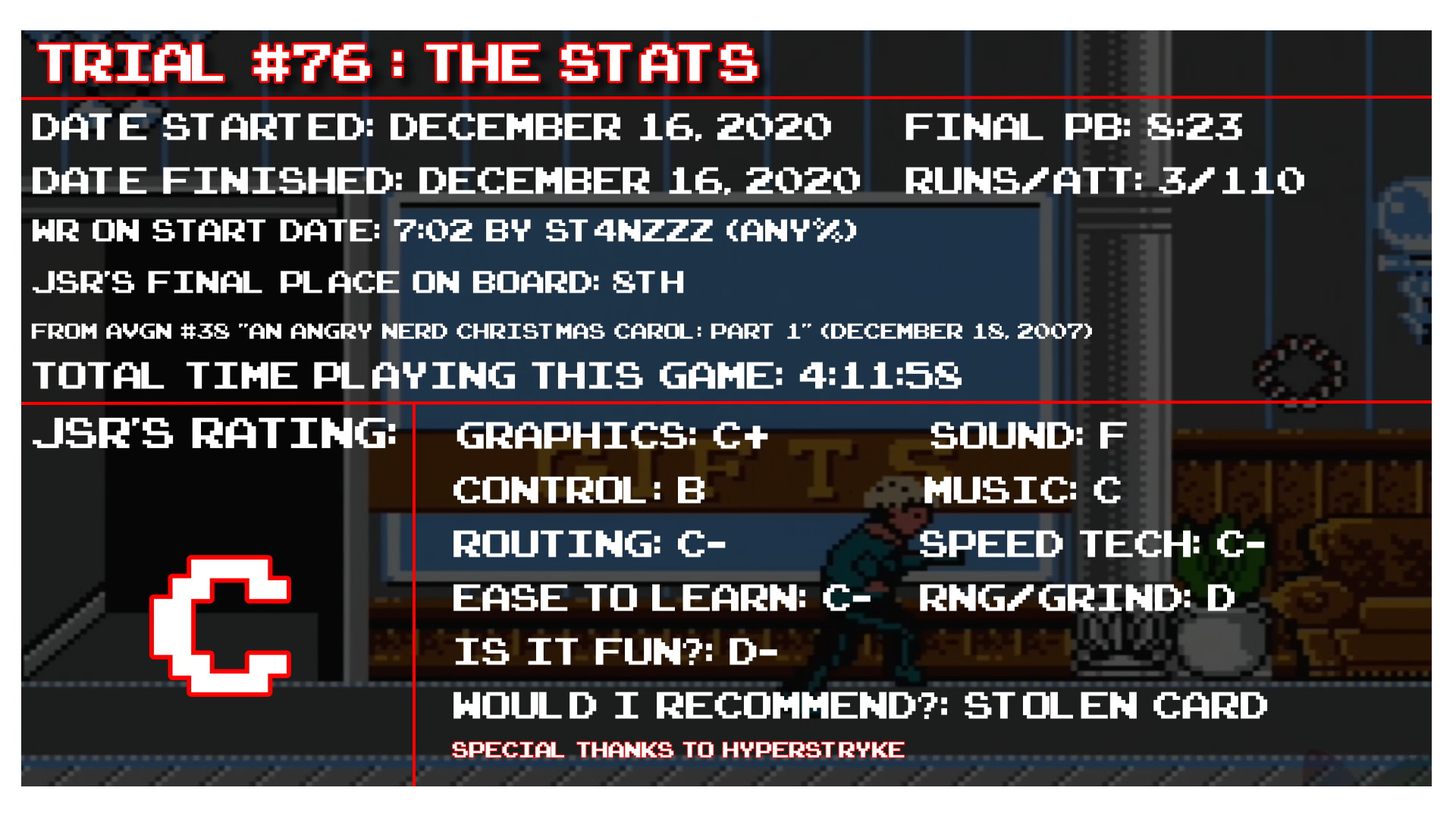