A good LJN game?  No way, that can’t exist in real life… can it?  Well, I may not be a decorated game reviewer or work for GamePro or Kotaku, but Wolverine, an LJN-published X-Men game for the NES, is certainly far from bad.  So close to good, this brutally difficult platformer has amazing graphics and music, and tight controls (That occasionally eat inputs).  The speedrun is even better, and is truly a treat!

You play as Logan, the Wolverine himself; he’s been kidnapped by Magneto and Sabertooth, and he must escape!  You go through the fortress, passing many trials and challenges as you escape!  Just as you surface and find your X-Men allies, you are attacked by Sabertooth and must defeat him!  The story isn’t anything special (and doesn’t need to be); you jump and punch and claw and run your way through some genuinely challenging platforming and brutal enemies.  One-hit deaths abound, and lots of traps (both obvious and literal, and hidden and mean) make the journey much more difficult than it could be.

Luckily, some very responsive controls hold this game together.  I did find I had some beef with some (albeit occasional and rare) eaten inputs, and I didn’t like how swimming required you to mash B (they should’ve just made A the swim button).  But other than that, the action is fun and frantic, fast and frequent.

One part that might make this speedrun hard for you to grind is the RNG.  More specifically, the RNG in the very last stage, when you fight Sabertooth.  He can jump very high over your head and cause big time losses in the final fight, where you must hit him over and over until he falls off the cliff to his death.

Wolverine is a fun, easy-to-learn speedrun that will challenge without angering, and will give enough bang for your buck.  I highly recommend it to fans of action platform speedruns like Ninja Gaiden, Panic Restaurant, or DuckTales. 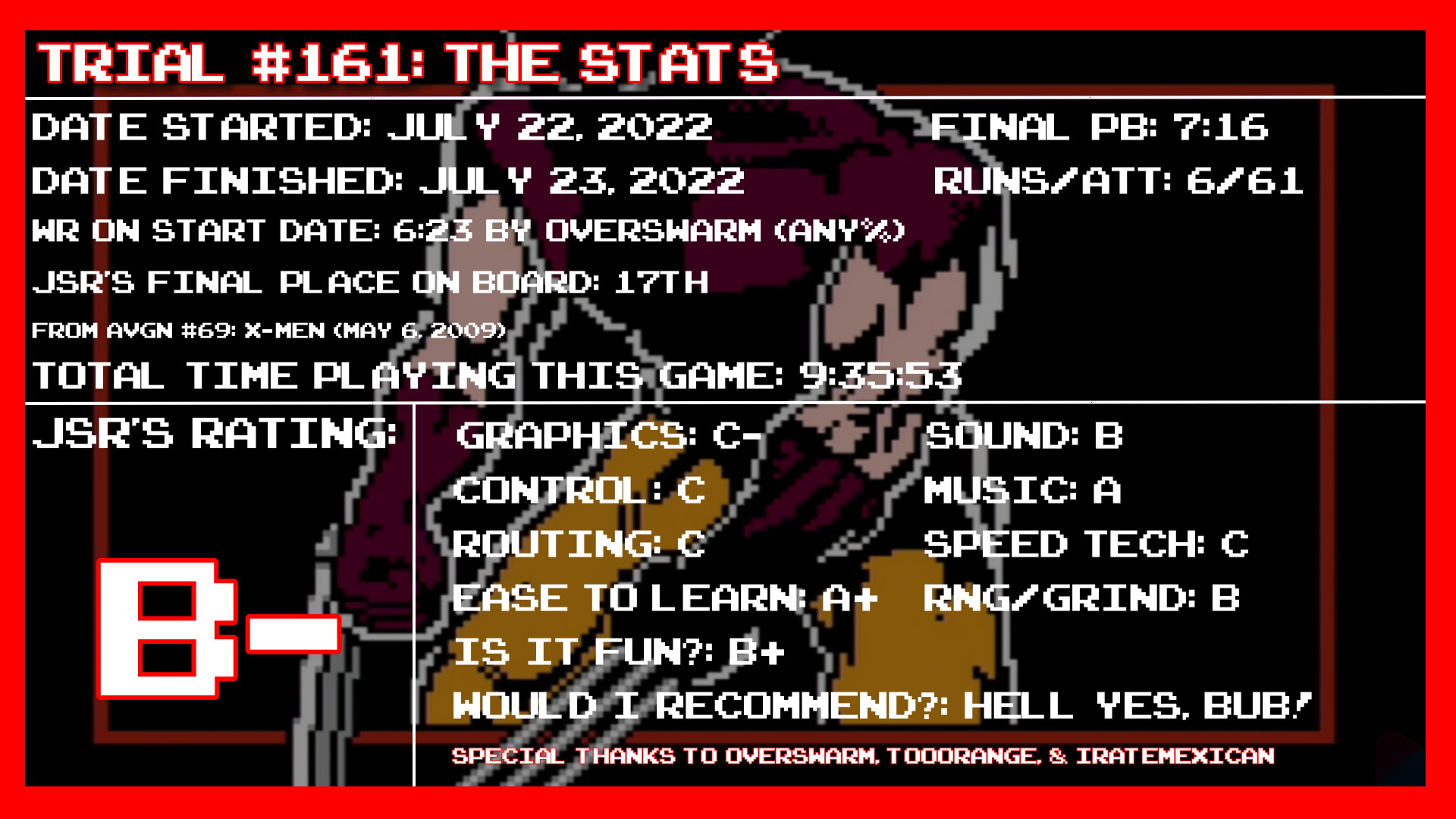