Some games have all the bad luck.  But when it comes to licensed titles, they almost always suck.  Sure, there are exceptions like Goldeneye, but most of them are terrible trash that nobody should waste their time with.  LJN is of course, the notorious “king” of infamy when it comes to this; they LIVED for movie-based games with piss-poor controls, terrible design, and all the classic signs of a cash grab.  But honestly, Terminator 2: The Arcade Game is not one of those.  Now, by no means is this a classic, but this game might be unfairly judged by a rainbow badge of doom.  And the speedrun, for all its’ simplicity, is a terrific time for a co-op kickback that I highly recommend!

T2: The Arcade Game is a 1st-person auto-scroller where you control Arnold (or 2 Arnolds?), the Cyberdyne 101 model.  You are equipped with some sort of machine gun that you can upgrade with various different gun upgrades and ammo types.  Your job is to kill the enemies.  And there are a LOT of enemies.  Endoskeletons, terminators, and even cops… as well as the iconic T-1000 “liquid metal” Terminator.  You must go back in time and save John Connor.

This game controls well enough with a controller, but I cannot recommend using the SNES mouse enough here.  It makes this game significantly better to control.  As a kid, I had the Super Scope and controller, but no mouse, so I never mastered this game; playing as an adult alongside my good buddy Cantaloupeme, we were able to get a nearly-flawless run together in no time flat!  Luckily for me, he had experience with the original Arcade version, so our learning experience was a breeze… but honestly, even without him, this would’ve been a really easy game to learn!  And sincerely, it’s a blast!  Sure, it’s mindless, but man is it easy to pick up and it’s a good-old-fashioned “shoot em if they move” game.

It’s a flawed game, to be sure; more than half the game takes place in the future, and very little actual movie scenes are in the game (no mall, no freeway/wash chase, and no scenes in the mental institution where you break Sarah out; instead we get 4 different levels in the future that are barely even referenced in the movie!  Lame…).  The music is lame and the graphics are decent at best.  But it controls well, and it’s not terribly difficult once you get the hang of the game itself. 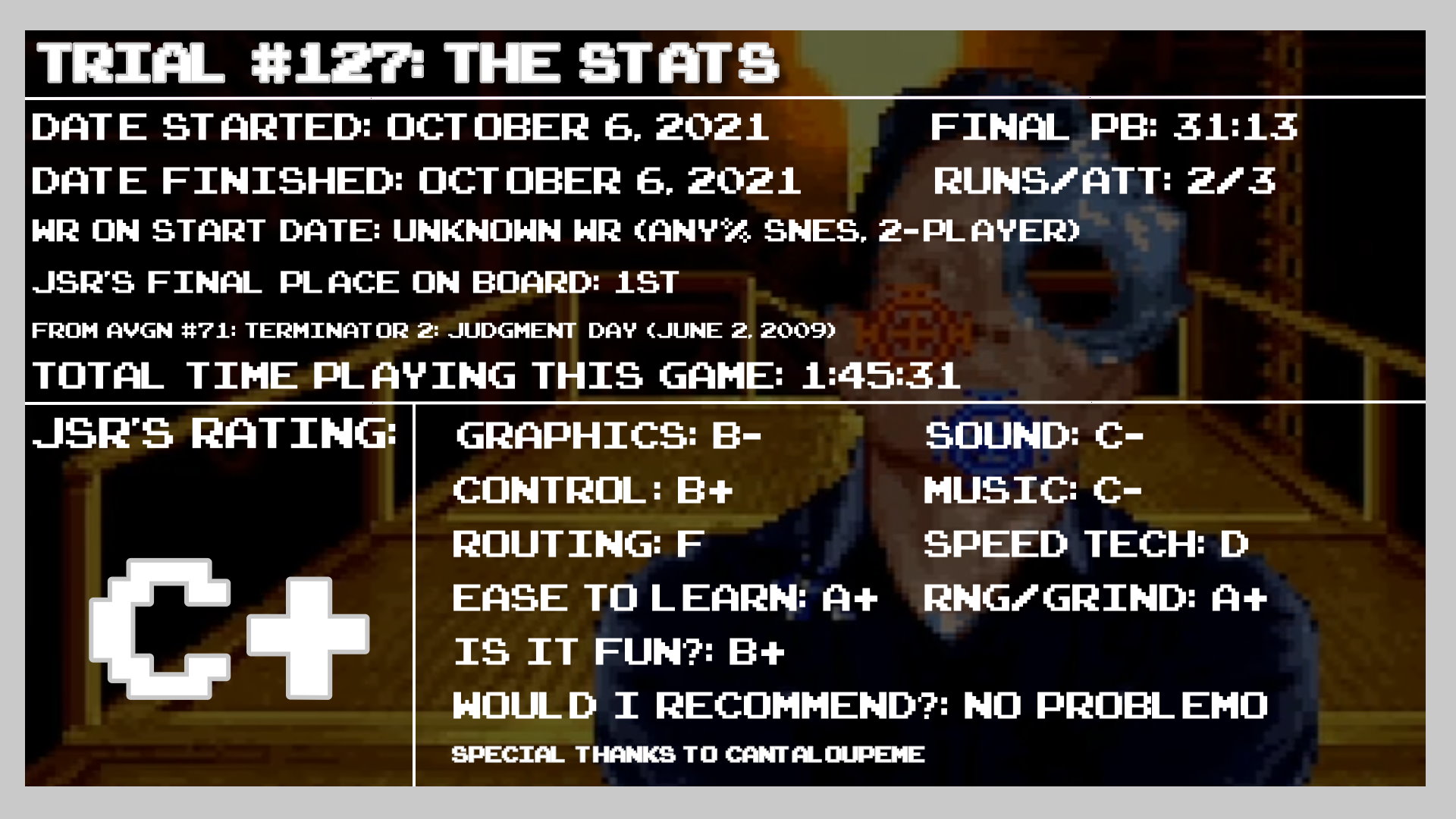