GAMES FROM THIS EPISODE OF AVGN:
–Action 52 (NES) “Streemerz”
Every game from Action 52 is shown in this episode except for #52, Cheetahmen (shown in the next episode).  For a list of the games in Action 52, please click here)

Is this a diamond in the rough, perhaps? Action 52 is infamous for being a $200 USD cartridge with 52 awful games, but are they all truly awful? I won’t say this is a hidden gem per sé (1 game does not $200 value make), but Streemerz is IMO the best game on the cartridge! It’s so fun, in fact, that they literally made a homebrew game based on this title, a fully-fleshed out game with, ya know, actual polish and care!

Streemerz (and by proxy, its’ speedrun) is very simple: you play a clown, and you can’t do anything but climb up and up, and up, and up… using your “grappling streemer”? You fire it up, and you go up to the next platform, and you do this again and again. Seems simple enough, and it is…. but it is actually fun! And that’s all there really is to say about the game itself. The graphics are average for Action 52, the controls, well… they’re pretty bad. But this is actually a fun speedrun! 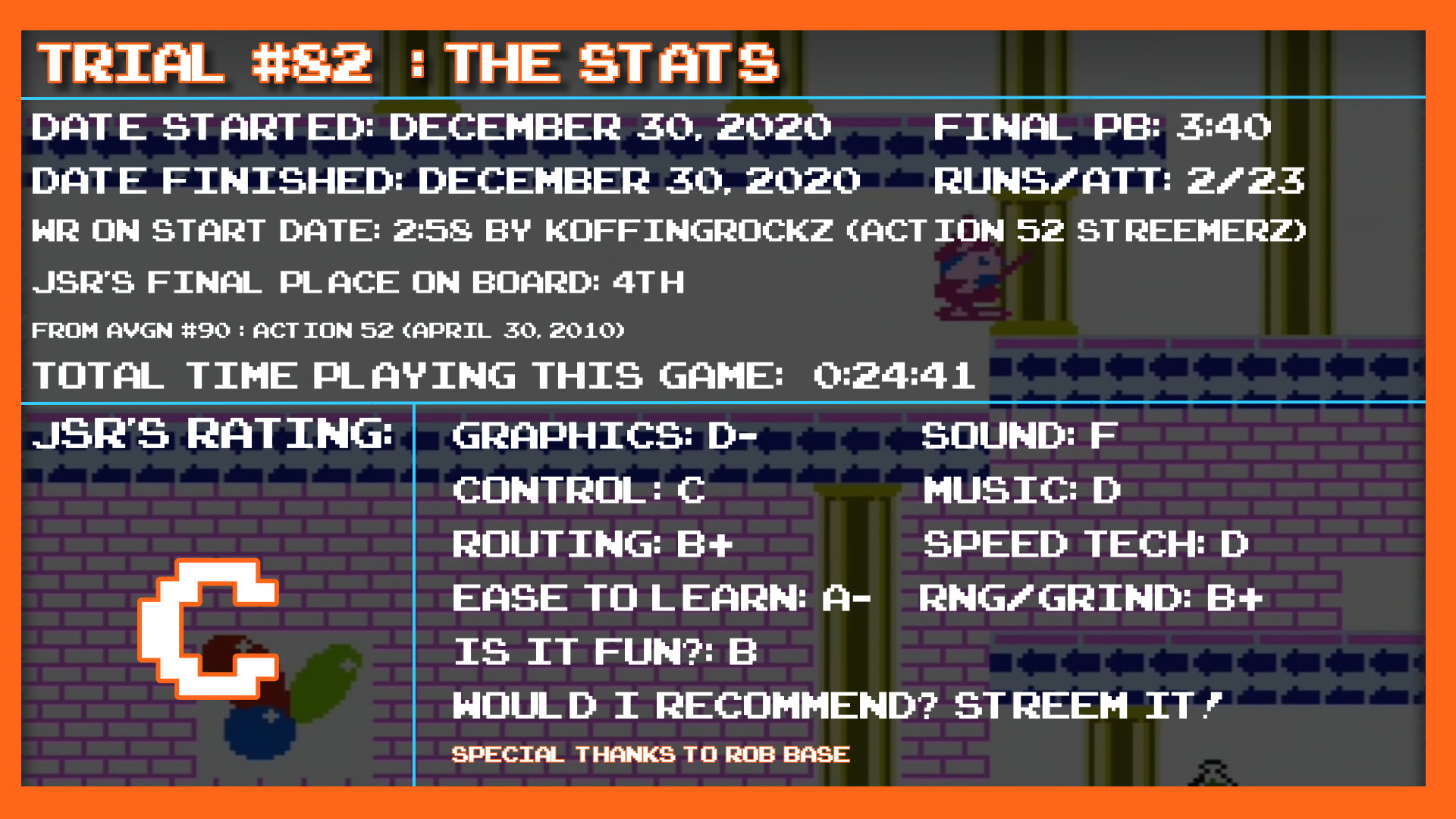