There are a handful of speedruns on the NES that are better than Super Mario Bros., but you’d be hard-pressed to name any that are more iconic or popular. Even games such as The Legend of Zelda and Super Mario Bros. 3 cannot claim the level of popularity, recognition, or status that SMB1 has. An 8-bit title, released over 35 years ago, is still something kids today can look at and say, “oh yeah, I know that. That’s Mario!” And for good reason.

First off, let’s just talk about this game for a minute. Yes, the graphics were amazing for 1985. Controls as tight as a glove. Iconic, legendary sound effects and music. But the gameplay, man… nothing that came before it was quite this polished, or fun. Secrets to uncover, worlds to explore. SMB1 is without a doubt the most influential game of all time.

Now, that doesn’t mean the speedrun is as perfect as the game itself is. The tech here is pretty amazing (some of which, like flagpole glitch, I did not learn for the Trials), and hard to pull off… making this game a slog sometimes. It’s really hard to get all the things in order to get to the end game. This game’s levels use frame rules (as the legendary Darbian would say… imagine there’s a bus) to check to see when you’ve beaten a level.  These rules get checked every 21 frames, meaning that you will ALWAYS lose or gain time in 21-frame increments until the final level (about 0.3 seconds), making time gains and losses feel much more frustrating than in most speedgames. 8-1 and 8-2 are extremely difficult to do optimally, meaning runners will need to practice their pipe jumps and visual cues a LOT…and even THEN they’ll fail the majority of the time! Luckily, the game is so short, that even losing runs late on PB pace doesn’t feel as daunting as in other games.

I adore this game and I love the speedrun. It’s far from perfect, but as one of the most popular speedruns in all of gaming, the community will support new runners and you’ll have plenty of help in reaching your goals… whatever those goals might be. 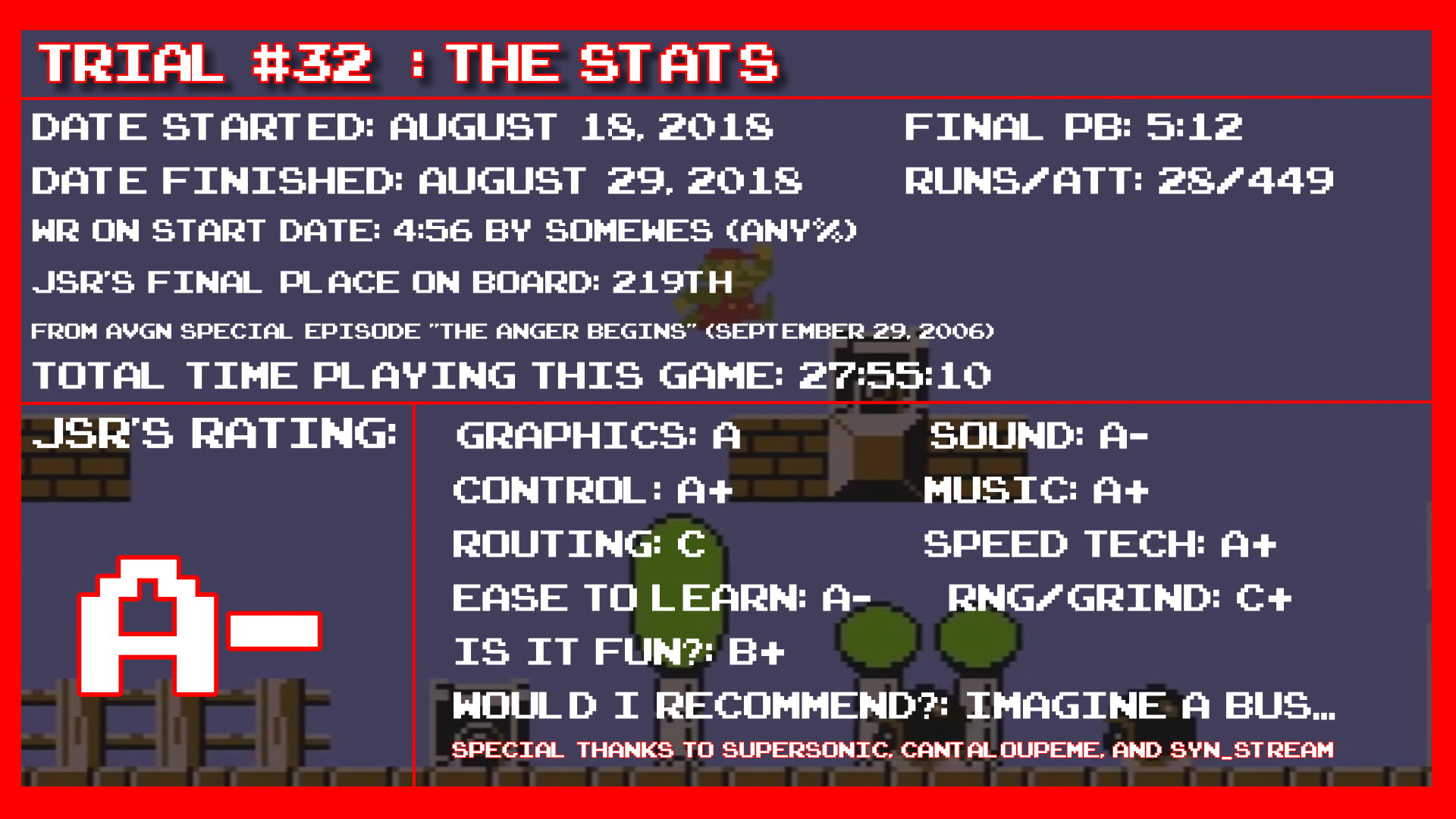