Every so often, a game comes along that is the video equivalent of “The Room”. And casually, Shaq Fu fits that bill so nicely. I would love to have been a fly on the wall of that board meeting.

“Say, gentlemen, let’s make a fighting game, all the kids love those!”

“Say, gentlemen, let’s make a game with Shaquille O’Neal, all the kids love him!”

“Why don’t we combine the two?”

From a literal standpoint this is one of the most awful games ever made. Sub-par graphics, gameplay that stutters and slows down, awful controls, terrible music… did I mention a fighting game starring a real-life NBA player? This is like the butt of a terrible joke. I mean, I hate to rip off the Nerd here, but WHAT WERE THEY THINKING?

The speedrun pretty much uses one piece of tech: the Shaqruken, a projectile that can hit pretty easily, and can be done rather reliably. It is the only way I got through this game, so I’m pretty lucky if I’m honest. This game is awful, but chat will love it if you play it, guaranteed. 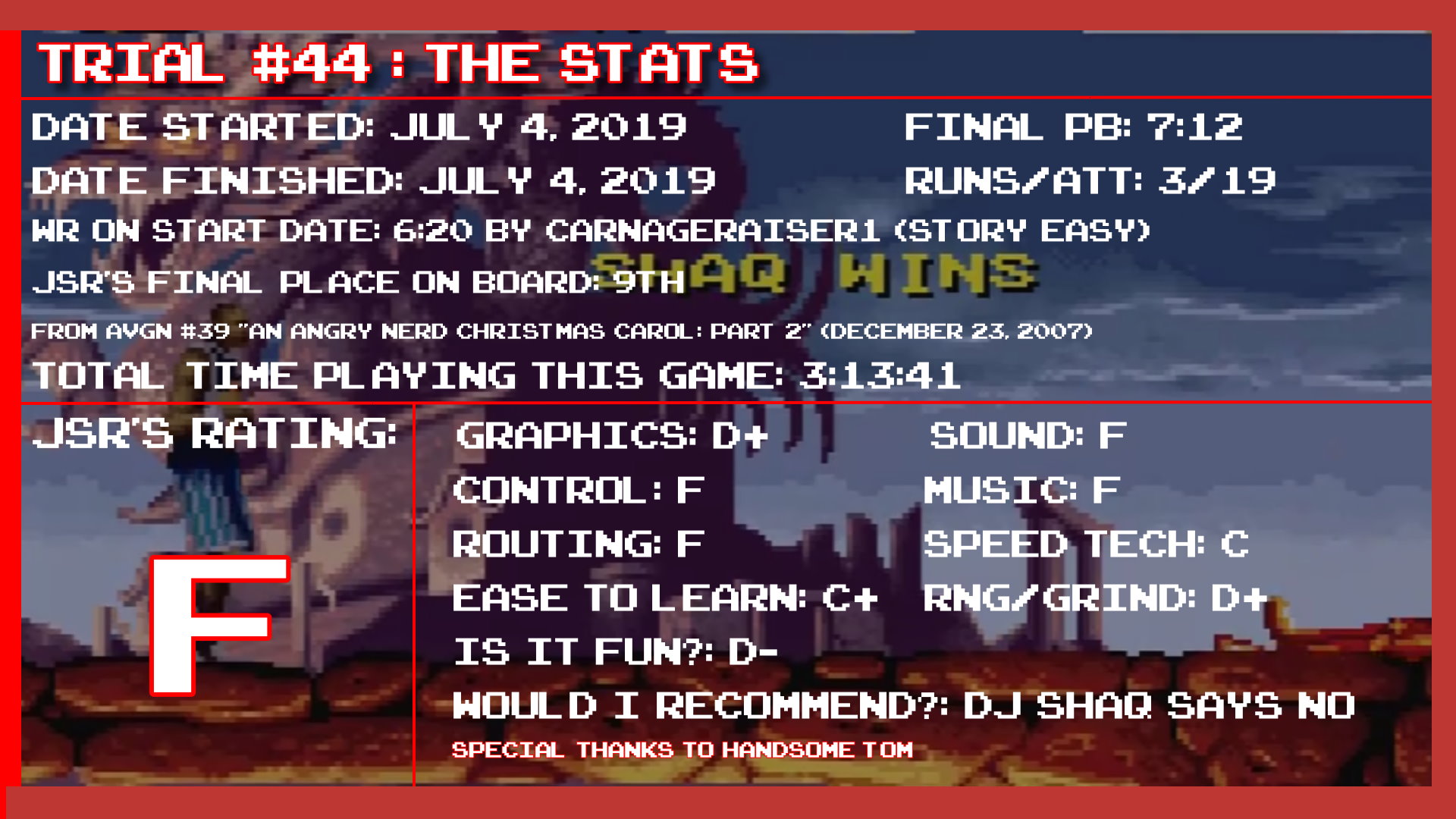