This was a conundrum when I first made the AVGN Trials game list, in June 2018: how to represent the episodes such as the “Chronologically Confused About Sequel Titles” episode. Initially, I decided to just skip this episode entirely. However, as time went on and my focus switched in the trials, I changed my mind, and picked one of the games from the episode to play that wasn’t already in the trials. That game that I chose: Super Mario Bros. 2

This is a strange case of a speedrun. The game itself is wonderful: bright and colorful graphics, tight controls, and good music. However, as a speedrun this title’s flaws start to come out: occasional missed inputs, a tiny bit of lag, and extremely tough speedtech make it a frustrating learning experience. Once you begin to master these techniques, however, it is certainly a satisfying experience, for sure.

When I took this trial on, it was right at the start of the 2020 Pandemic, and I had a lot of pent-up frustration and anger boiling over as I ran this game. Combined with the fact that I got sick right after my time (to this day I am not sure whether or not it was COVID, but I didn’t take any chances), this trial ended early. I was very unsatisfied with my time, but when I recovered and picked the trials back up, the time had come to move on. Fortunately, in September 2020 the Big 20 #13 happened, and SMB2 was in that event. Practicing this game for that event daily, I was able to achieve my current PB of 10:07.

This was a frustrating experience for sure. Lots of tough speed tech are throughout this run: the shy-guy clip in 1-1, fast carpet in 1-2, the double jumps throughout the run, fast 6-2, potion jump in 6-3, and elevator (or the Luigi jump) in 7-1. The chain jump in 7-2. The fast Wart kill. There’s even more than that, but all of this tech is hard to do, and to nail them all in a run is not easy. That being said, when you do it all right… it feels so freaking good. 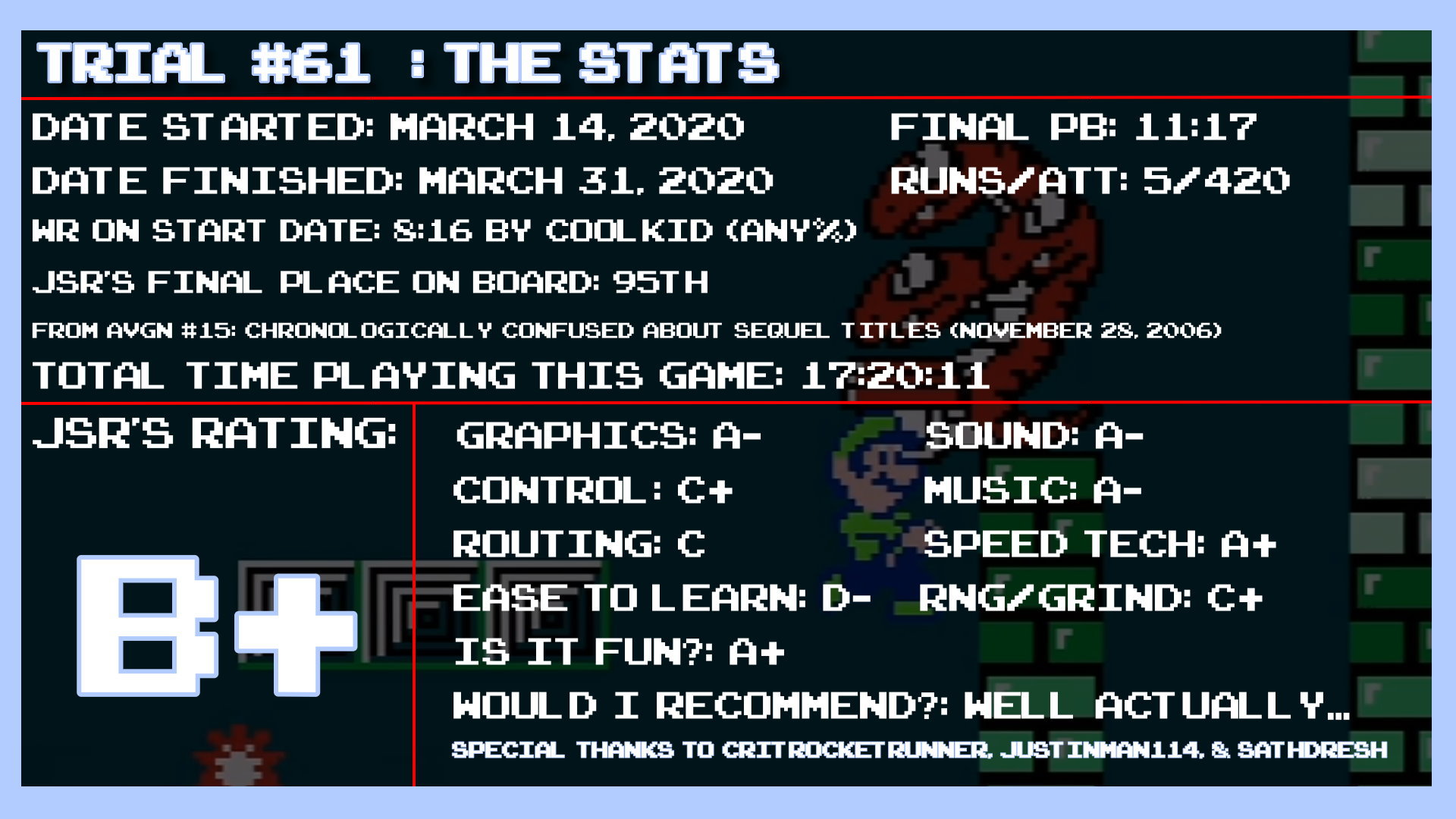