Going into the AVGN Trials, the 3 CD-i games were both something I looked forward to, and feared terribly.  I had no idea what to expect.  Hotel Mario was the 3rd and final game, and had it been the first of the 3 to come up, I likely would’ve been terrified to learn the two Zelda games.  Luckily, this was 3rd, and I was able to run (and enjoy, and even WR) those 2 games.  But alas, I came into this trial with unrealistically high hopes and ambitions.  Those QUICKLY faded… this game is awful lol.

Unlike the Zelda games, the cutscenes here are few and far between (and not applicable to the speedrun, unfortunately).  But even when they are here, unlike the Zelda titles, they come off as pathetic and unfunny, and not even remotely charming.  The music and sound effects here are also terribly underwhelming, considering this is a CD-ROM game from the 90’s (where every single game on every console had either redbook audio, or straight up CD quality music like the aforementioned Zelda games did).  But what REALLY kills this speedrun for me, are the stiff and unresponsive controls, combined with terrible hitboxes and unfair platforming and action.  This game is WAY too hard, for all the wrong reasons.  If it didn’t have infinite continues, this would’ve been one of the worst games in the Trials, but fortunately, with persistence you too can finish this game.

Here, you play as Mario (or Luigi in a 2-player game… lol A TWO-PLAYER CD-I GAME LOLOL).  Your goal?  Shut the doors.  Yep.  Don’t die, and shut the freaking doors.  Um… THIS is what you did with your precious Mario license?  You could have put him in ANY other game and it would’ve been a better idea.  I’d rather play a Mario plumbing simulator than this atrocious trash.  This is the worst Mario game ever made and it’s not even close.  This is borderline unplayable, and I couldn’t stand it in the least.

Speedrunners, look elsewhere.  Not ALL toasters toast toast.  Some of them toast fecal matter, or at least it seems that way after you play this game. 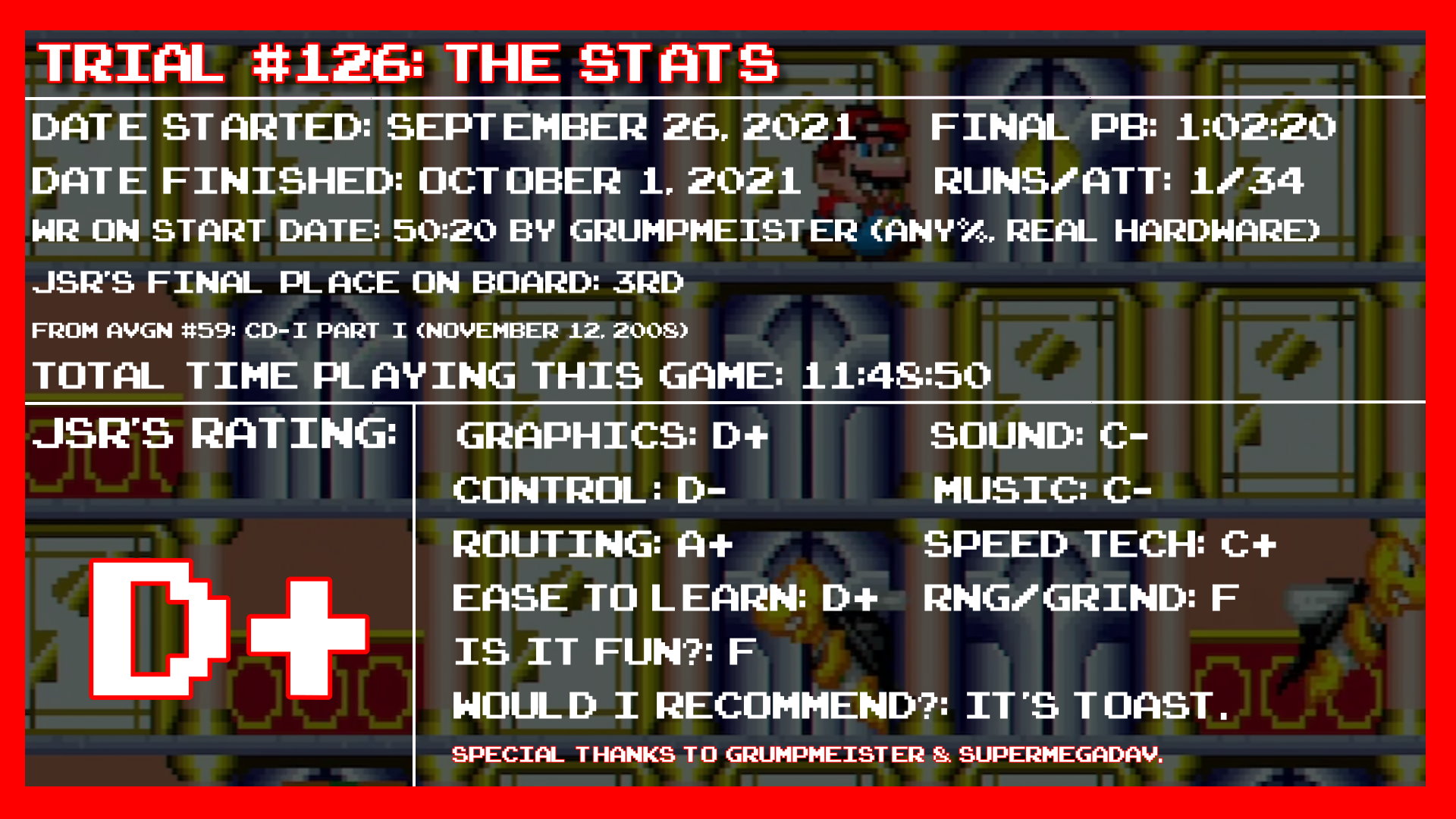