When I took on the Trial for Zelda: The Wand of Gamelon earlier in 2021, and was able to achieve the world record in a relatively small amount of time, I went into this trial with a lot of confidence and knowledge.  Knowing that this trial would not take as long to complete, and knowing that I had a shot at the WR in this game as well, I was excited to start!  I was unaware, not ready, and caught off-guard: although these 2 games are awfully similar in most aspects, the speedruns are different in many ways, and in my own opinion, Link: The Faces of Evil is inferior to WoG (from a speedrunning perspective).  It’s not terrible, but it’s certainly harder of the two titles.

If you haven’t seen the Nerd’s episode (or these games at all), you play Link, setting out on a quest to defeat the “Faces of Evil”: monsters that rule parts of the island of Koridai under the service of the evil sorcerer Ganon.  To defeat him, you must retrieve the Book of Koridai and use it to beat the vile piggy.  This is done by traversing 2D side-scrolling stages with many monsters and hazards.  The game controls awfully, using the CD-i’s terrible controller makes it a chore as it is.  However, unlike Wand of Gamelon, which did occasionally eat inputs, this game does it dramatically!  There were times where I would MASH the attack button and Link would just sit there as a Gohma drained my health and I stood there all derpy.  It’s still very playable and can control better than most might think, once you get used to the controls.  But this is the definite weak point of this title; the controls make this game much harder than WoG, and the speedrun uses an aggressive route to go fast as well, making this a VERY difficult speedrun to get going.

But once it does… it’s a blast!  The colorful graphics and so-bad-they’re-good cutscenes are adorned with an absolute BANGER of a soundtrack.  The world is nothing amazing or unique per sé, but it’s fun to explore some of the levels.  The speedrun has many routing options and a few nice little tricks, death abuses, and other techy spots that make it extremely fun… but that’s once you get out of reset hell.  Overall, this is a solid speedrun, but if you’re looking to run either game, I have to recommend this game’s sister title.  This isn’t a bad choice, but I’d start there before you decide to learn this one. 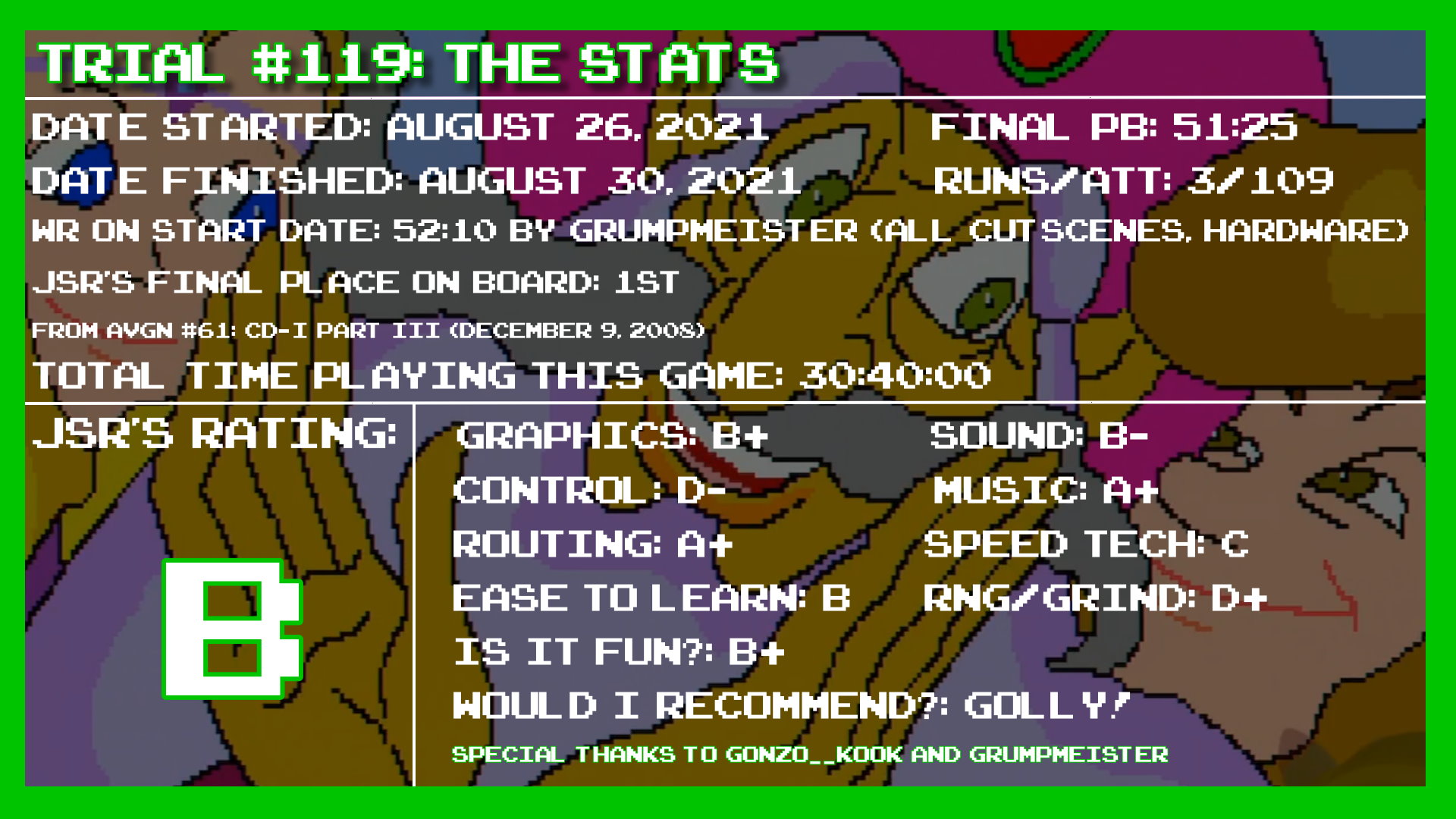