Some games are bad.  Some games are awful.  Some games are worse than waterboarding.  This one, I can’t say for sure where in this spectrum it falls, but holy hell is this one of the worst games I’ve ever played in my entire life.  Like, we’re talking Kid Kool bad, folks.

Sunday Funday: The Ride is a reskin made by Color Dreams in 1995.  They packaged this turd with a generic fish catching game and an awful chiptune karaoke song.  The turd that they reskinned was their own game from 1990, back when they were Color Dreams.  That game was called Menace Beach and involved getting to your girlfriend before her clothes all came off!

Yeah… sounds like an awesome game to make into a Bible-based platformer, huh?

Although this game barely even holds any religious content.  You blow people to pieces using bombs, hit them with what appears to be a book or a newspaper, and kill everyone on the way to “Sunday School”, in a violent, non-religious platformer.  This game is “blessed” with terrible graphics, horrid music and effects, and some of the worst controls I’ve ever had the “pleasure” of experiencing.  The ONLY single saving grace for this title is that you are allowed infinite continues, so at least it’s not the hardest game in the trials.  In fact, it’s very beatable… but that doesn’t save it from the trash heap.

This is a terrible speedrun.  There is not a single redeeming factor to this crap other than the continues.  Bad hitboxes, terrible controls, stupid obstacles that fling you every which way, and uninspired design make this the equivalent of a tumor on your buttcheek. 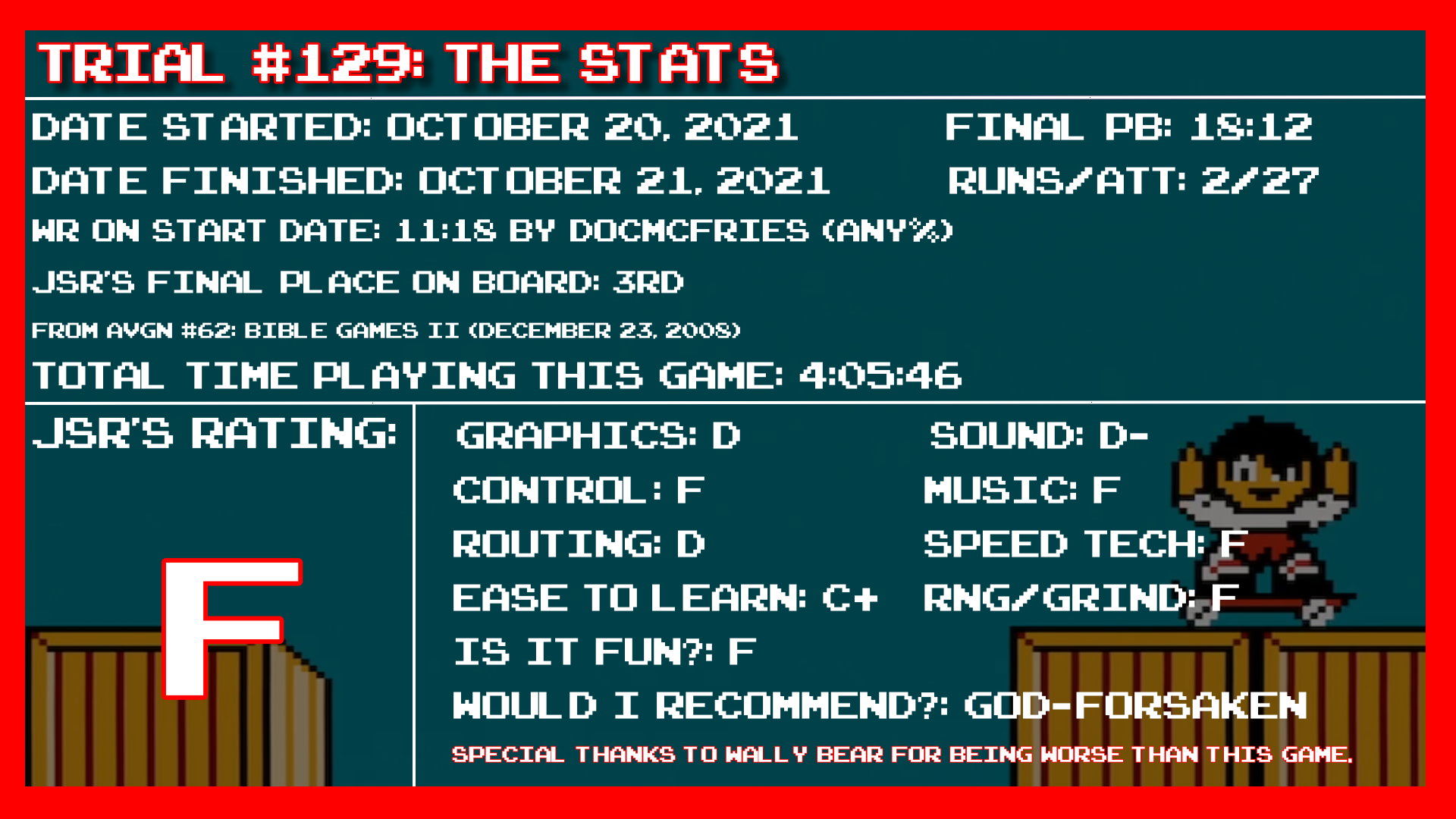