The opening credit crawl of this game set the tone early.  I had high expectations going into this Trial, #125.  The Nerd was very praising of this game in his episode, although if we’re fair, the other 2 Terminator games for NES and SNES didn’t give him any real competition to compare to this game; those two are absolutely atrocious!  This is a much more faithful adaptation of the 1984 classic film, with the original theme, and many of the movie’s setting represented here, alongside amazing music, gorgeous graphics, and above-average side-scrolling gameplay that is just a blast to play!

You control Kyle Reese, and you must go back in time and save Sarah Connor from the T-101. That Terminator is out there, it cant be bargained with, it cant be reasoned with, it doesn’t feel pity or remorse or fear, and it absolutely will not stop… EVER, until she is dead!  Unless… you crouch and throw 5 grenades and blast him right in the crotch.  That usually takes care of him.  The game represents the movie’s enemy set faithfully, and when you go back in time the enemy set changes from androids, cyborgs, and evil robots to punks, gangsters, and other people.  You get to see all the locales from the film, and they look and play wonderfully, even IF the environments and gameplay get a little repetitive by the time you finish this playthrough.  Casually, this was a rental-calibur title at best if I’m honest…

The speedrun is FUN though!  You have to master the jumps and ladders and many other obstacles, balance your health and ammo, and quickly navigate the mazes to reach the end, which is usually guarded by a boss.  The fighting is satisfying, and the gun (thankfully!) has autofire, saving your thumbs.  Reese moves fluidly, and the jumps are easy to land.  This game was extremely easy to learn, and if you’re a speedrunner looking for a platformer that is fun, short, and a blast to play through, I cannot say it enough: give this one a try!  I bet you’ll be back 🙂 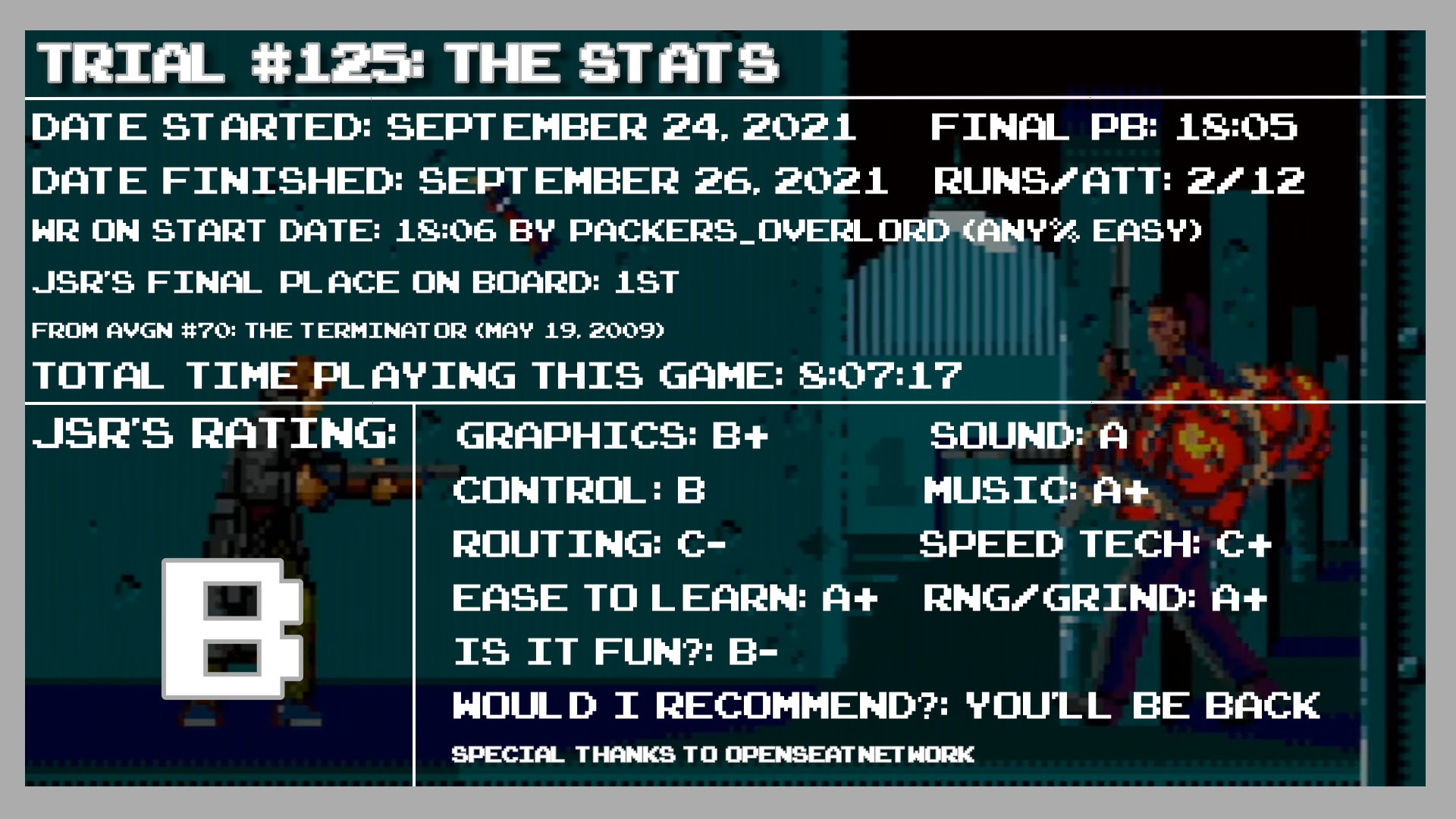