I missed out on this game so hard.

I grew up a Nintendo kid.  I had a SNES; I didn’t own a Genesis until long into adulthood.  I think I bought my first Genesis in 2017.  So obviously, I never played this classic gem until the Trials came a’callin’, and it was absolutely a mind-blowing experience I want to play again and again!

Streets of Rage 2 is a beat-em-up made by Sega, a sequel to the highly-touted SoR1 that came out in 1991.  SoR2 has all the good ingredients that a well-made brawler has.  Colorful and large sprites, nice animations, VERY solid controls, combos and special moves, and a variety of enemies (though some repeat a lot) make it a pleasing game to play.  Combined with one of the best soundtracks in video game history, and your result is one of the most wonderful games to play… not only in the brawler/beat-em-up genre, but on the Genesis (or Mega Drive) in general.  This is a GREAT game.

The speedrun is on the simple side (I went from barely ever having played this game to running it in about 4 hours) and super easy to learn, but the 4 different characters do give a lot of variety.  I chose Max because his moves kill enemies fast and his slide attack allow him to move quick enough.  The strategy of using your special to hit enemies (and the awesome strats to avoid throws and attack while they block) make for a dynamic experience, and the buttery-smooth controls help accomplish this.

I can’t put it into words enough.  This is by-far the best beat-em-up speedrun experience I’ve ever played, and I cannot recommend this enough. 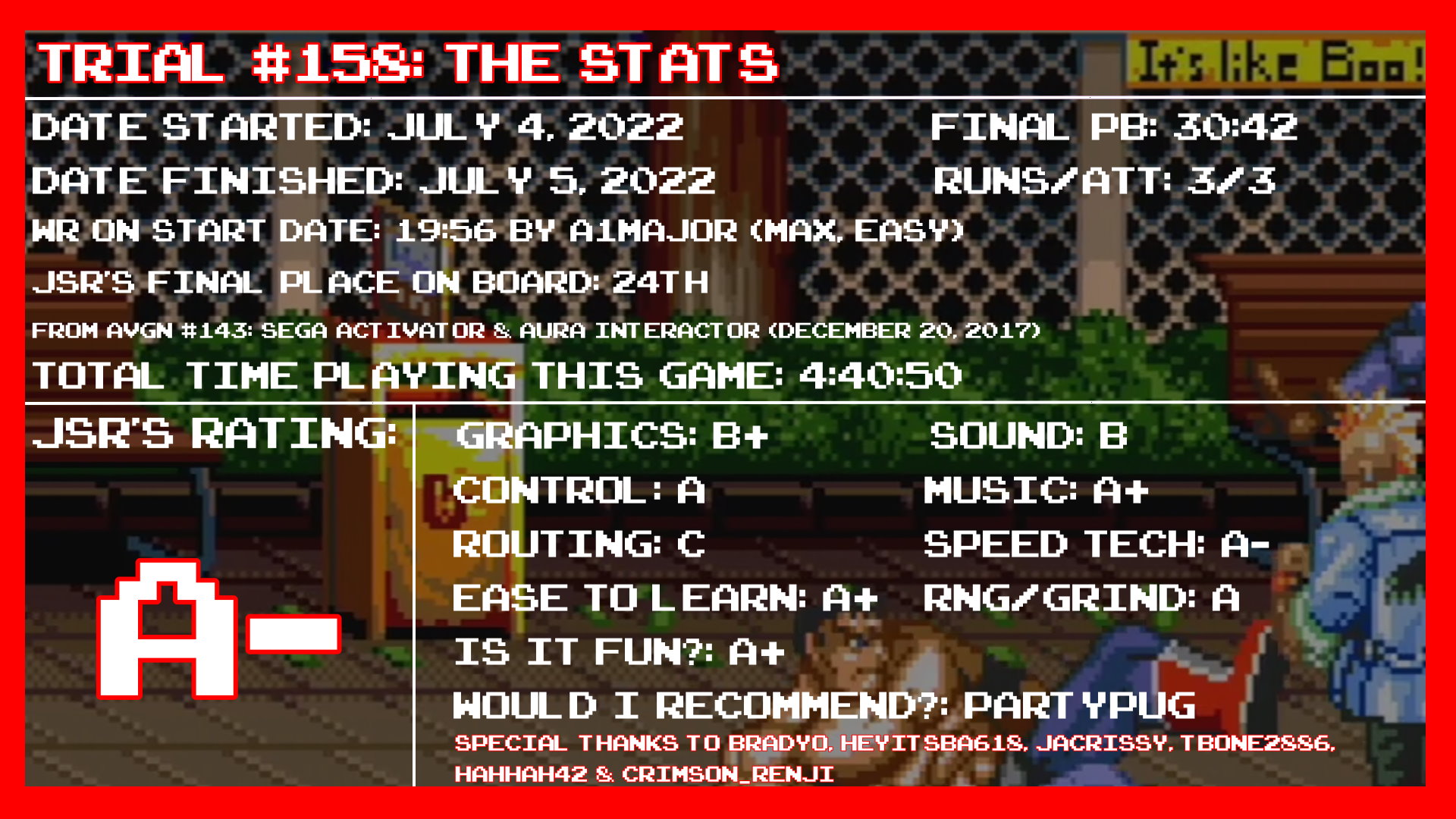