One of the most iconic, classic AVGN episodes is his Bible Games Episode #1. Of all the games he features in this episode, I picked… Bible Buffet? What gives? There’s no way JSR wouldn’t do Bible Adventures over this RNG fest, is there? Well, yes… but don’t worry. Bible Adventures is still in the Trials (AVGN’s Bible Games #3 episode covers Bible Adventures in it as well, so I put it there… check that game out here).

This is an awful speedrun, let’s just put that out there right now. It’s literally a dice-rolling simulator. If there was a 100% or “all action scenes” category, it would probably work a lot better, but as is, this is 100% RNG. Some folks like that. In fact, this trial kicked off a short-lived burst of activity in the Bible Buffet community; as you can see in the VOD, this trial was the first one that I did alongside friends: justinman114, Redbirdgrad, Liquid_Husband, and RandomEffekt all got together to “race” this game, which was a lot of fun (race results can be seen here). Funny, my 3rd place time got beat by RandomEffekt almost immediately after, and Liquid_Husband got the WR not long afterwards, but it’s all good; this was almost entirely a meme run.

The game is basically a glorified board game with action scenes on every square, and small bible quizzes hidden throughout that you cannot even beat without the included book that came with the game. You roll and move to a square and enter action scenes, but you can literally just leave the square and re-roll to your heart’s content: you don’t even have to PLAY the game to speedrun it. Again, this is lame, and an awful speedrun, but I’ll be honest: casually with friends, if you were looking for a Bible-oriented video game, this is NOT the worst on the NES and might actually be kind of fun. But yeah, this was a joke of a trial. 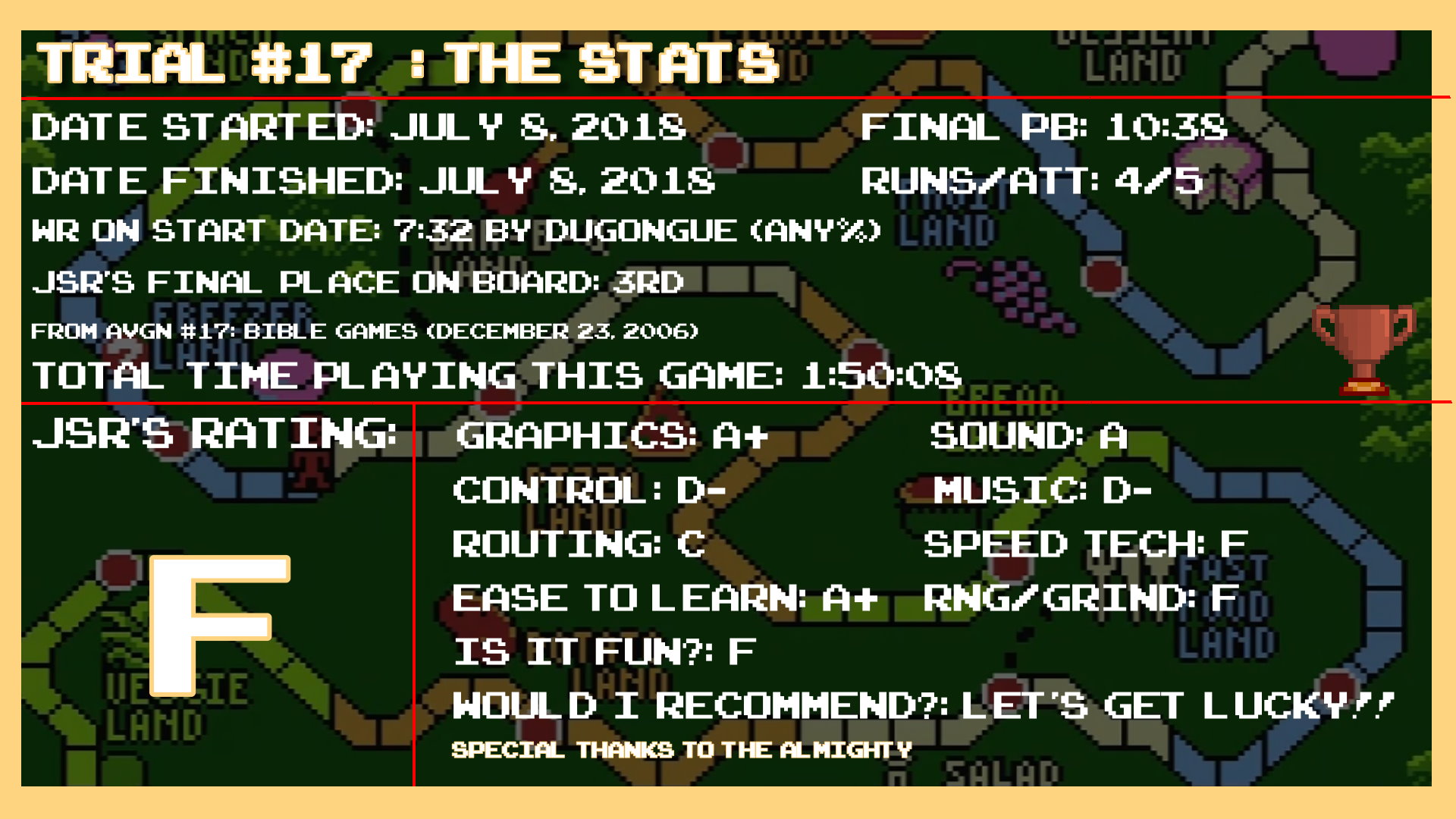