Controls that feel like learning a new language? Check check.

Well at least it kind of-sort of follows the story of the movie, right? Barely.

This is a pretty lame game. Consider for a moment the source material. Dracula. Then consider that Castlevania came out YEARS before this game and provides a much better gameplay experience with Dracula at the end. This is a feeble attempt at making a “realistic” Dracula game based on the movie, and it comes off as cheesy and forced. This game has so little going for it that I can say are positive, and it’s not a game I’d recommend to anyone.

But what about the speedrun, you ask?

Yeah… don’t play Dracula. This is a lame speedrun. It’s not AWFUL per sé, but it’s below average at best. Go play Castlevania. 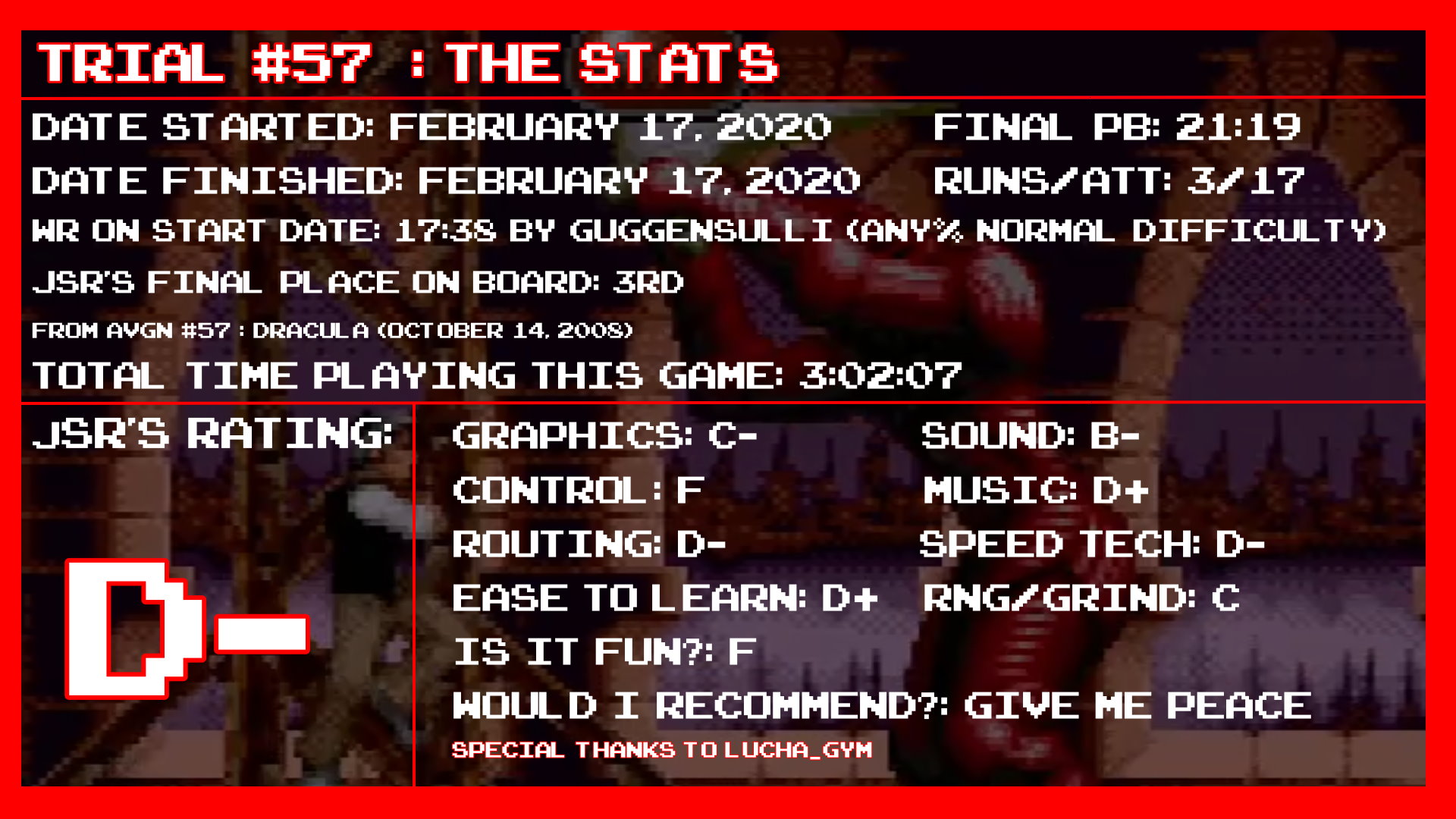