Mario is Missing! (1993, SNES) by The Software Toolworks

I loved Mario is Missing! as a kid, I really and truly did. Figuring out the real world locales, and the clues that gave them away, while playing as Luigi and Yoshi was a good time for a nerdy kid like myself, and I used to rent this game all the time! So when I made the Trials gamelist and saw that Mario is Missing! was on that list, I got excited… until I learned the run. And then realized that some games CAN be run, but that doesn’t mean they SHOULD be run.

The game itself is an early edutainment title starring Luigi and Yoshi. Mario has been kidnapped and Luigi has to find Bowser, who is taking over real-world locales and stealing artifacts in order to… take over the world? Ransom Mario off? The story makes no sense but that was never the focal point of this game: this is an educational title meant to teach kids about geography and history, and it does an ok job at this: there are definitely things you won’t know coming in that you’ll learn on the adventure.

The game itself seems nice on the surface: great graphics ripped right from Super Mario World, hot jams, and solid controls… kind of. It feels familiar, but something is slightly off… hard to say for sure. That doesn’t matter too much in a casual setting, as the game is not really difficult at all: find the objects, decipher the clues, and eventually save Mario.

The speedrun is lame, however. See, if you follow a specific path in the game, the RNG is seeded, meaning you know exactly where the koopas will be with artifacts, and exactly the order of the questions you’ll be asked. Basically, you can just play the game without thinking at all. And that’s where this becomes a slog: this is a boring game outside of the educational aspect. Thus, this speedrun is no different than run, jump on koopa, look at notes, answer questions by menuing to the answers (since you already know them), rinse and repeat until you FINALLY eventually get to fight a Koopaling. Yeah…

Don’t speedrun this. Keep it casual. 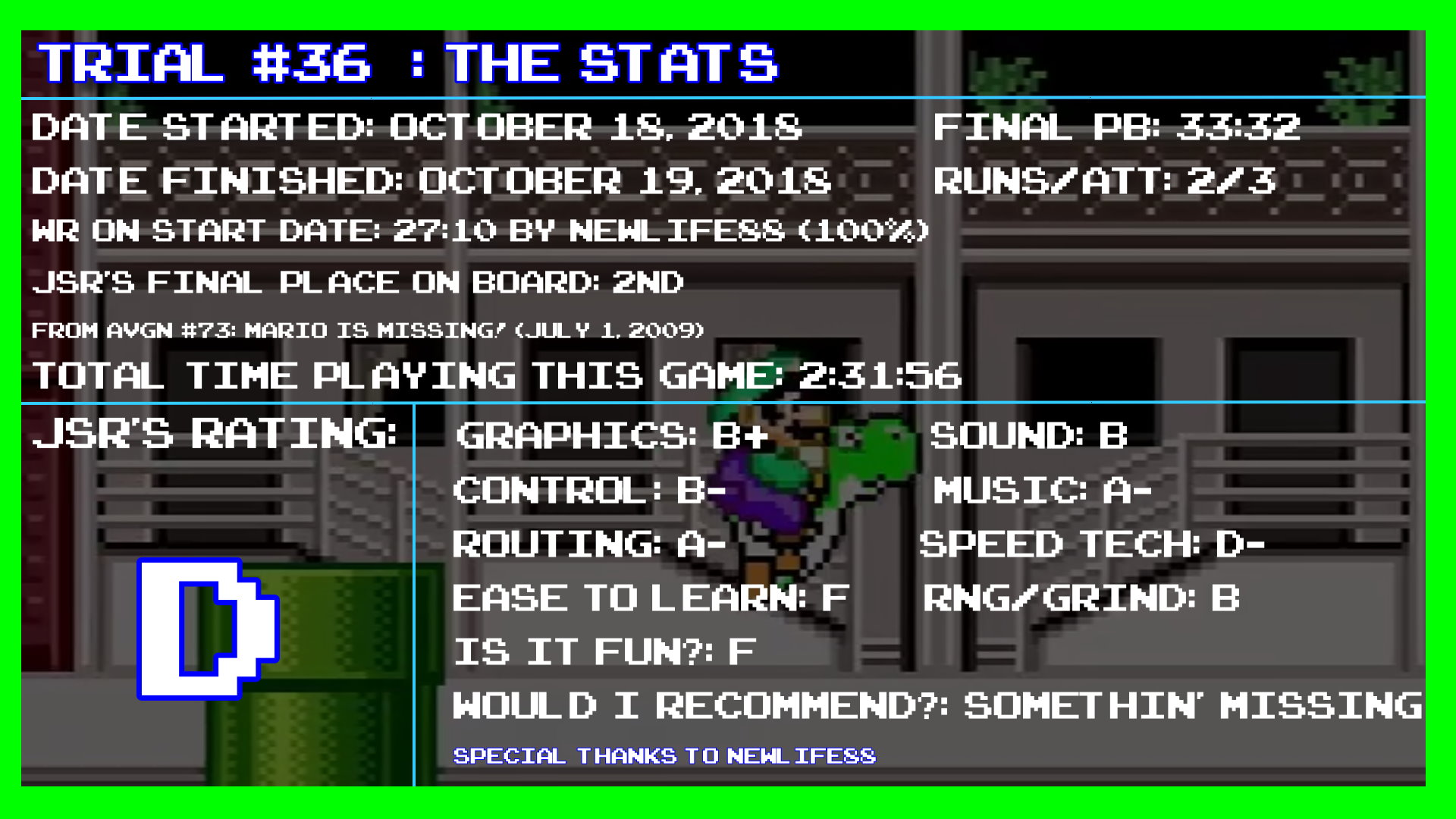