The AVGN had to do the Jaguar, didn’t he?  And he had to do them in 2 parts, meaning I couldn’t just not do Cybermorph… it is in both of them!  And I’ll be honest, I remained enthusiastic and optimistic going into this game.  But I remained cautious (as you can see, I did not stream this attempt on my main channel lol).  And it turns out, that inhibition was the correct call: this is a really, really, REALLY bad game.

See, the novelty of this game’s flying green face wears off pretty fast here.  The Nerd was right; she NEVER shuts up.  And this is a LONG game, with no music to speak of other than the menu.  It’s a brutal game even WITH the cheat codes.  The controls aren’t awful, and the ship actually flies quite nicely… but the game itself is just flat-out boring!  Starfox worked because you shot down ships in a corridor, fought a boss, in a fair fight, with all sorts of obstacles to dodge.  Here, the pop up is awful (although honestly, for their time, these are nice graphics) and the 3D environment just… doesn’t work.  Combine that with an awful gameplay premise (collect the pods?  really?) and you get a yawnfest after a couple planets… and there’s a TON of them!

The speedrun, as far as we know, has little tech and shortcuts to speak of.  It’s just “beating the game very fast”.  That’s fine and all, but read the above paragraph and you’ll understand why I’m saying this: don’t waste your time.  Unless you have a specific reason to learn this run, stay far away. 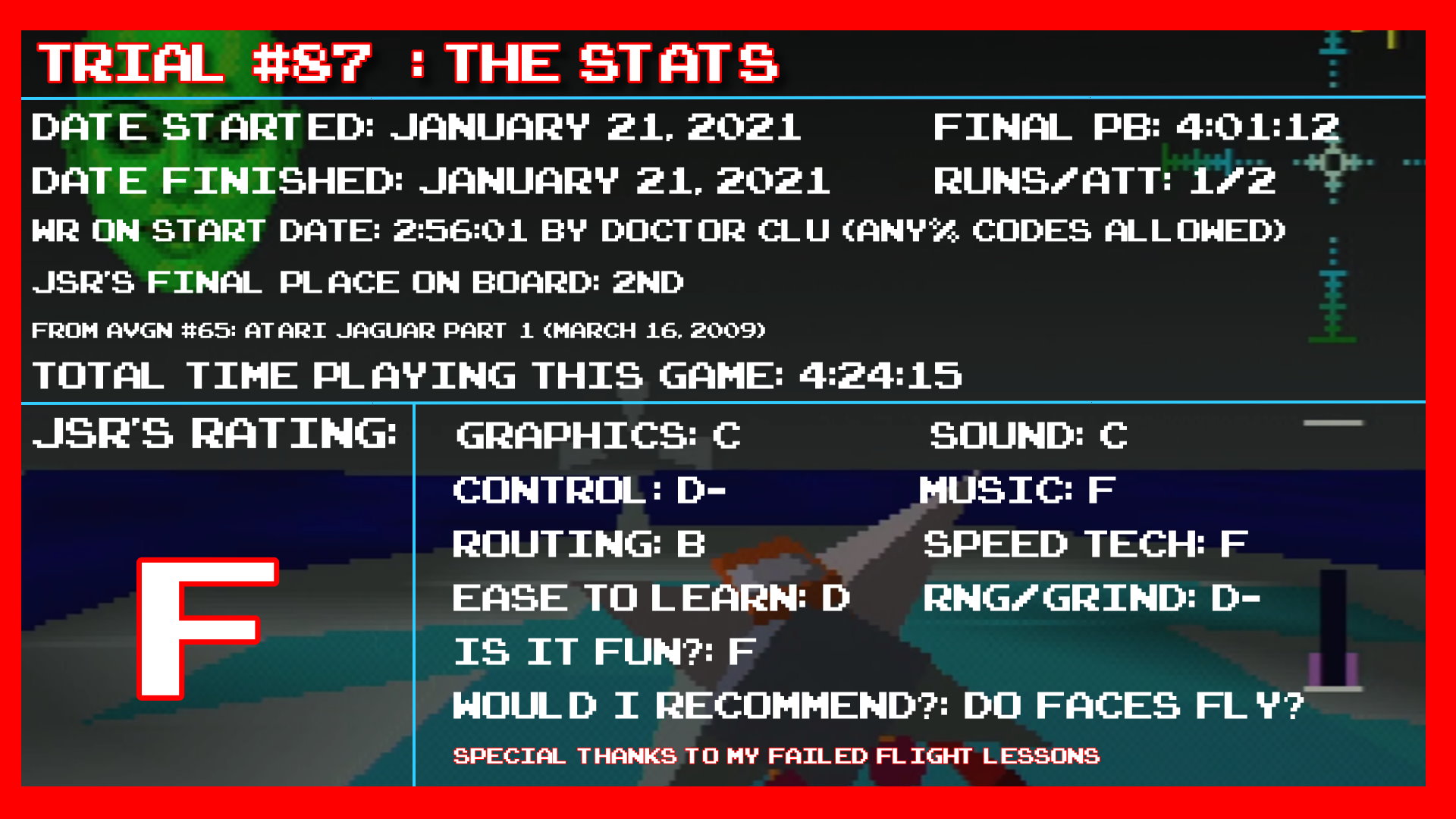