I once said “the perfect speedrun is The Legend of Zelda”.  Well, I said that many times, for many years.  I honestly never thought I’d ever play a game that rivaled Zelda 1’s superiority in my mind. Folks, I think I’ve found it.  The perfect speedgame.  Mega Man 2.

It’s nearly flawless.  Gorgeous graphics.  The OST is in the argument for top 5 best of all time, if not THE best.  Sound effects are amazing.  The game is a blast.  You can take hundreds (literally) of routes through the game.  You have different ways to navigate things.  Even in zipless, there are tricks and skips that you must learn.  The fights are STILL no picnic, and require concentration, skill, and practice.  This game is an absolute blast to speedrun.  I can’t see anything topping this.

Mega Man must beat 8 robot masters, absorb their powers, and then defeat the dastardly Dr. Wily.  You probably knew that, though; this is one of the best games of all-time, and probably the best game in the entire iconic Mega Man franchise (at least, the classic ones).  Vintage Capcom at their finest.  Even if you’re not the fastest in the world, you’ll still enjoy this run!

I learned this as part of the Big 20 #13 (which required the robot masters; everything else past that I learned post-race).  The choice between this and PunchOut!! from the game glitches episode of AVGN was a tough one, so I just decided to do them both.  Hey, if you have a complaint, take it up with the door. 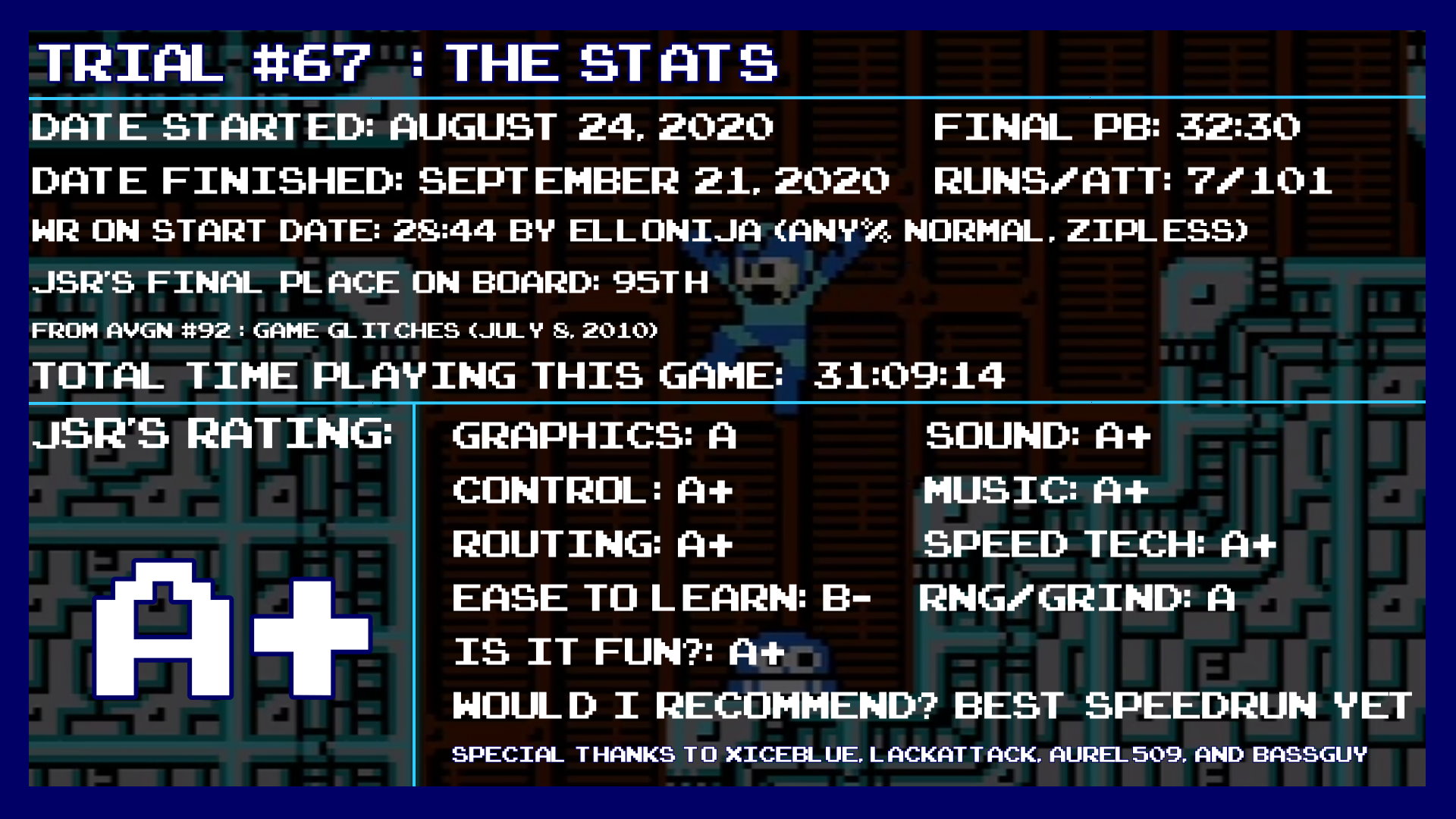