92. Super Back to the Future II

Super Back to the Future II (1993, Super Famicom) by Toshiba EMI

When I was making the list, this episode was one that initially drove fear into my heart. “Oh, no… I am going to have to speedrun BTTF Part II & III on the NES!” Luckily for me, he also played the Genesis version… and this game. And this was the one I chose. I already played one awful BTTF game, I deserved a treat.

This game, for how awesome it looks, does NOT play the part. I have never played a game as laggy as this one. It’s borderline unplayable in some parts.

And it’s really a shame, if you ask me. The music is outstanding, the controls are great when they’re not hampered by slowdown… but when there is, it’s more Wally Bear than Mario. The graphics are vibrant and colorful, and the game follows the movie enough to feel like a true Back to the Future game.

Marty must ride his hoverboard through many levels, taking on Biff and his henchmen. The gameplay is simple and fun, as it should be. Jump on enemies, flip your board, and do some simple platforming. But the lag, it really does kill this aspect. Some levels are downright atrocious, some of the worst platforming I’ve ever played in all of my gaming life!

This game could’ve been a classic. But perhaps Japan knew what they were doing when they kept this one there. Instead of being a mediocre release here, it’s instead a cult classic because it never came here. The speedrun, btw, has a little bit of tech but that’s about it. Unless you’re a hardcore BTTF fan, I’d steer clear. 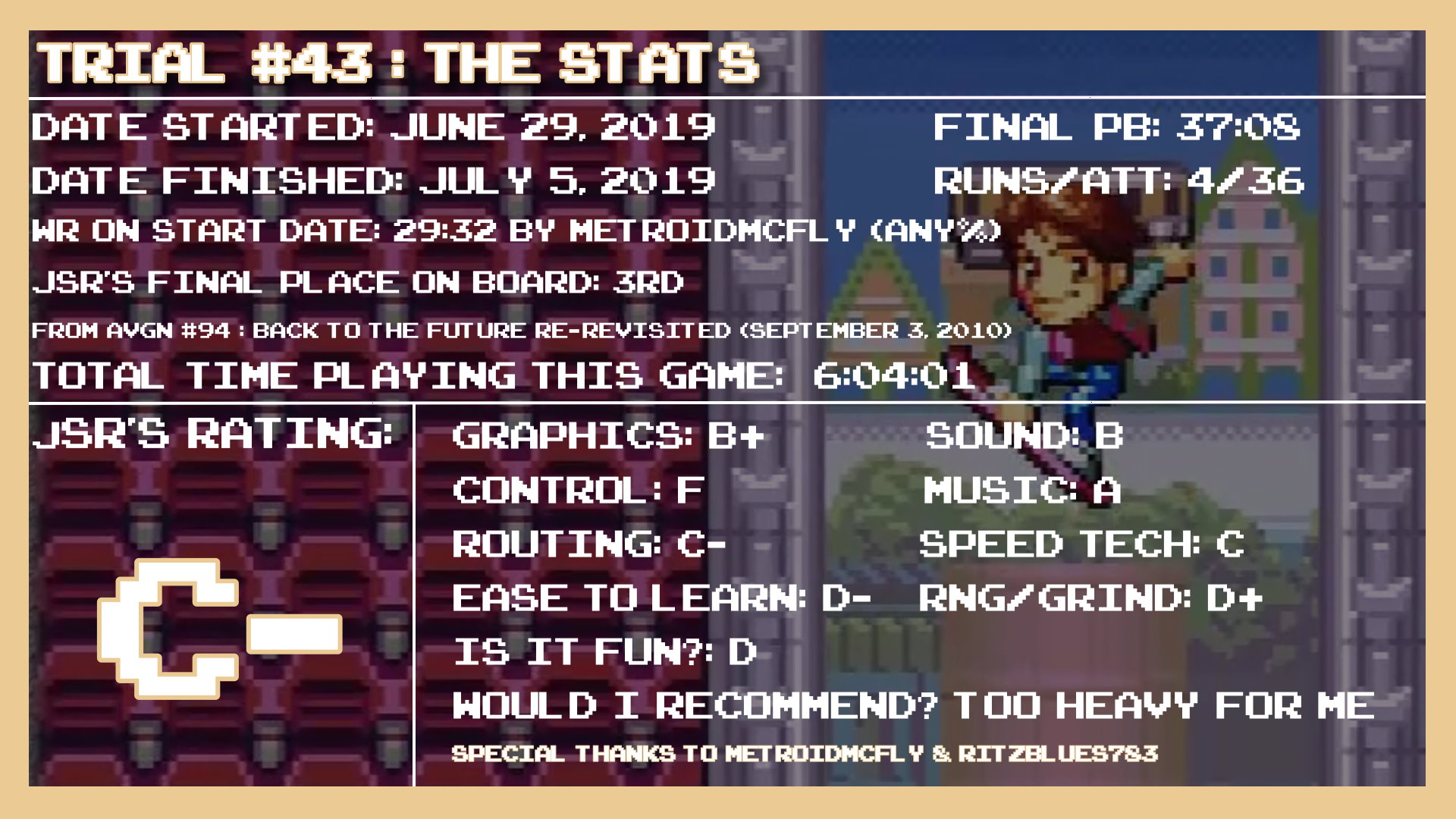