Thanks to Link_7777‘s help, I was able to figure out this weird and cryptic game’s routing and strategies. With great graphics and music, you’d think this was a fun game. And it is… for about 10 minutes. But before long, the game becomes a slog, and the speedrun isn’t really helped by anything. If nothing else, it’s just a more stressful version of the casual game.

This was the 15th game I ran in the trials… I really with I had more to say about this one. But I really don’t. It’s a boring game. Actually, I’d call it more a “Power Glove Demo” than an actual game. But it’s not awful. Just… mediocre and boring. 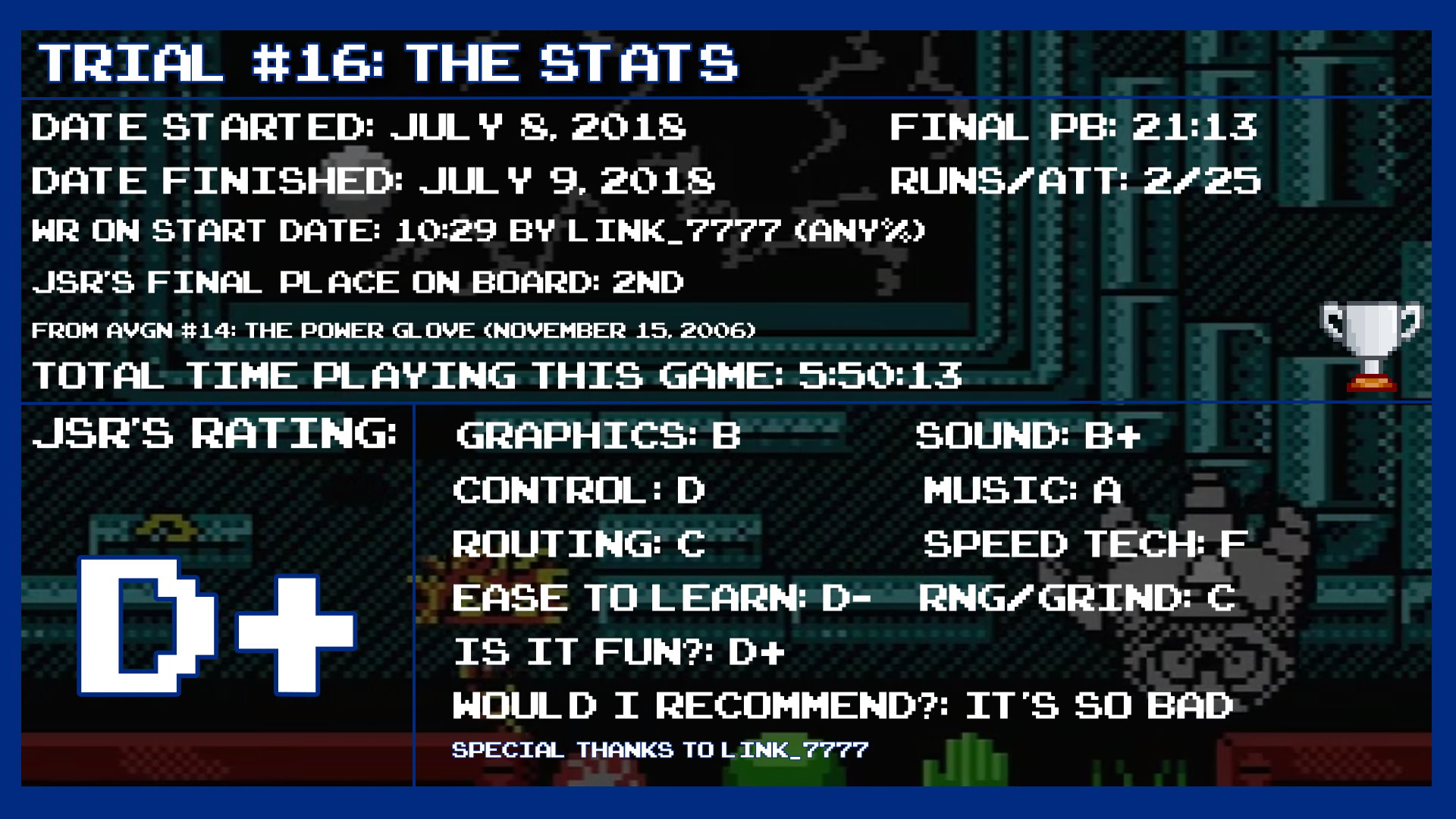