Beating Tyson in the Big 20 #13 went from being a total pipe dream to almost too easy.  I knew it then that I was going to become addicted to Punch-Out!!  Even now, writing this article a month after this Trial ended, I’m jonesing to play this again.  So much fun.  It’s like an action puzzle game.  Knowing what to do, and then executing it, is so much fun.

Punch-Out is a 2nd-person (?) boxing game, but the boxers all follow a generalized script.  Your job in the speedrun is to execute a gameplan.  Sounds easy, right?  Well, there is just enough RNG to mess you up, in addition to the fact that the gameplan is DAMNED hard to execute.  Nothing comes easy in Mike Tyson’s Punchout.

I actually was able to PB a 23:33 a few days before my posted run, but my internet died and my local recording got messed up.  Long story short, no vid?  No did!  I am more than capable of destroying this PB and I will do so someday?  After the Trials?  Maybe even sooner?  Who knows.

This game’s best thing speedrun-wise is that most inputs can be buffered.  This makes throwing frame-perfect punches a breeze, setting up scripted fights that can make this almost feel like a dance.  The trick is learning each and every sequence, and knowing backups when you make a mistake (and unless you’re Salt, you will).  Luckily, there’s a ton of resources available to help novices learn to be a champion, and I can assure you that not only will your audience love this speedrun, but so will you!  Join the Nintendo Fun Club today, Mac! 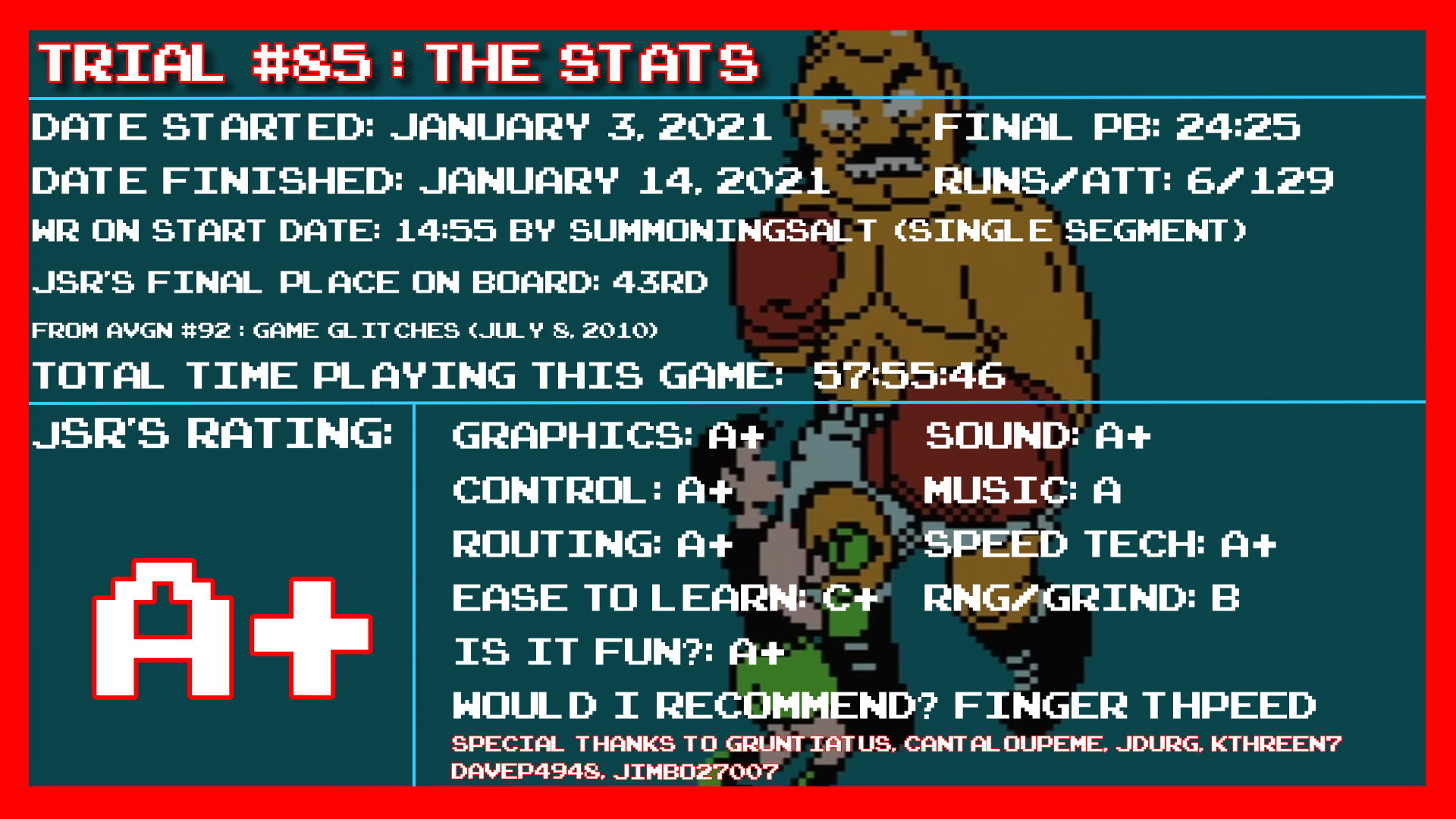