(Note: EVERY single game in this episode is referred to in some way, as not a single second of gameplay footage was shown in this AVGN Episode.  I chose Metroid because he not only plays a theme from the game, but maps were shown, and the game is referred to more than any other game besides StarFox.)

I’ll be honest here: this game intimidated me ever since I was a child. Though I did not own this game as a kid, you’d be hard-pressed not to find a copy at most friends’ houses in that time period. Everybody had Metroid, and everyone seemed to have a soft spot for this game. Not I, however, and I avoided ever returning to Zebes as an adult until it was time to select a game from the AVGN Episode “Nintendo Power”.

Since the Nerd shows literally zero gameplay footage in that episode, I was faced with a challenge: how do I represent this episode when there’s no game to speedrun? After looking into Nintendo Power Any% All Counselor’s Corner, I decided instead to learn one of the games the Nerd shows maps and other articles from an issue of NP: Metroid.

The time had come. To Zebes, I went. And I brought friends, lots of them: Tecate, Yogidamonk, Mazimov, retrogaming2084, klmszr, Prawnzo, and ANOVA80. What once was a daunting task that lay before me, was now simply a laggy, input-eaten stroll through the tomato soup.

Let me just address the elephant in the room real quick: I have never played an NES game that ate inputs as much as Metroid does. Combined with the lag you suffer throughout the game, this can become infuriating as you attempt speedruns of this game. Now, that being said, that does not mean I do not like this speedrun. On the contrary; this is a very entertaining speedrun full of cool tech, fun fights, and platforming goodness.

For such an early game, Nintendo really knocked it out of the park with this title. Casually, I do think there are better ways to enjoy this title today if you haven’t yet. But as far as the speedrun goes, this is certainly up there with the NES cream of the crop. However, bring thick skin and a good chunk of time, because you’re going to be learning and practicing a LOT. 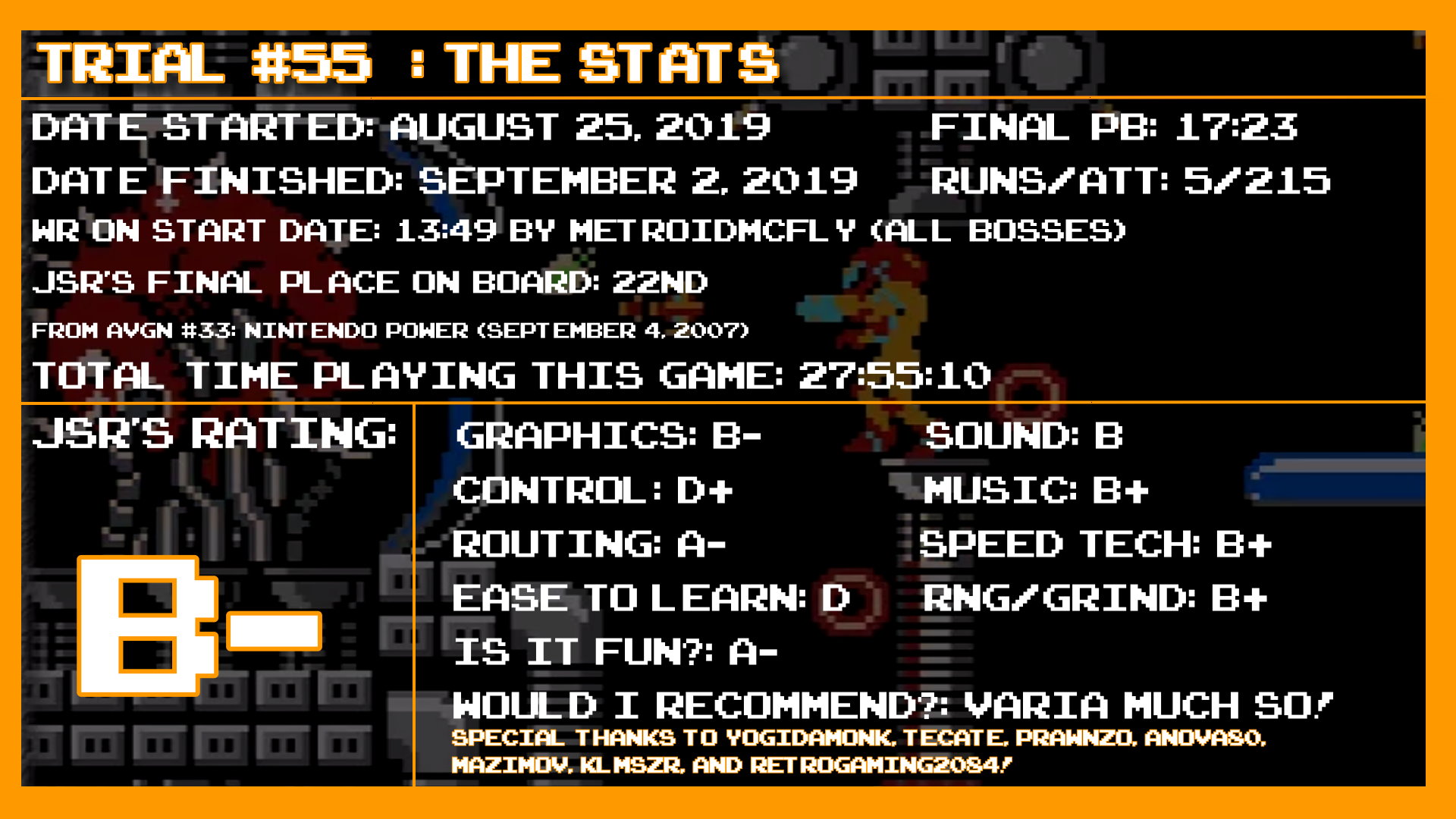