(Note: only games from the NES were considered for this episode, games for the SNES Super Scope were not considered, nor were other games mentioned.)

Every so often, the AVGN Trials throw me a bone.  After the grindy games I had before this trial, it was such a relief to have a game whose prep was as simple as, “OK JSR, shoot the ducks, hope for good RNG, and go fast.  Ok?  Good luck!”  And that’s as simple as this was to learn.  If you can aim at the TV screen, you have an NES and Zapper, and a CRT television, you too can speedrun Duck Hunt!

This was a very fun, albeit short trial.  With my sub-3 time, I smelled blood in the water, and was tempted to grind for a top-level time.  However, I quickly realized what holds this game back from being a top-shelf NES speedrun: it’s completely dependent on RNG.  Although it takes a fair amount of skill to quickly kill the ducks and not miss, there’s so much reliant on good luck that it ruins the fun a fair amount.  But let me tell you: when you get the run™ going, your heart begins to pound, the Zapper gets sweaty in your hand, and it’s easy to miss a duck.

This was the game I chose from the AVGN’s “NES Accessories” episode, and it only seemed fitting to do so.  I highly recommend any NES fans out there give this speedrun a try!  It’s easy to learn: get 100,000 points as fast as possible (by the end of Round 5 if you want a good shot at a sub-3) and aim true!  It’s a blast!  (yes, pun intended.) 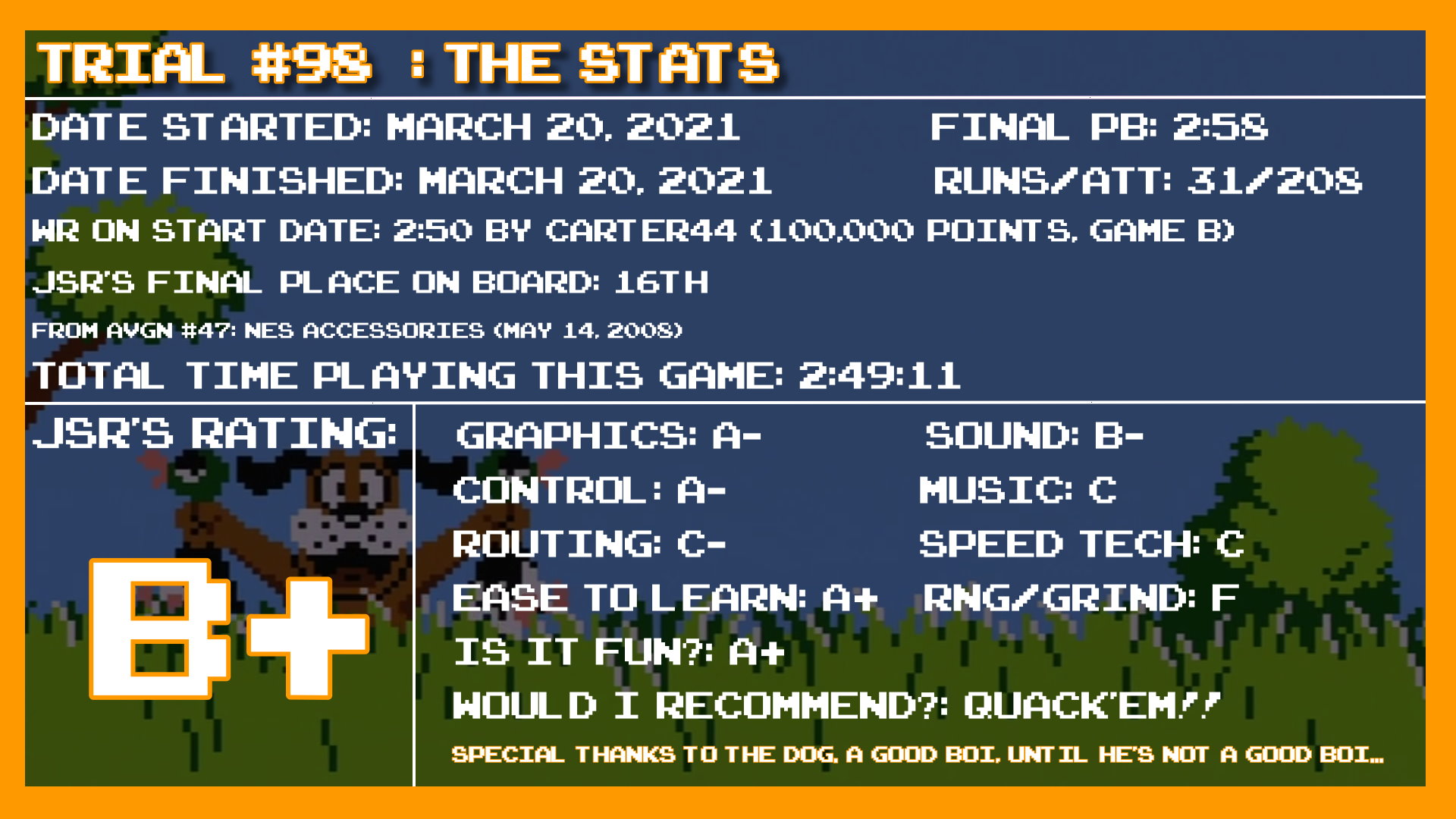