NOTE: the Nerd discusses magazines in this episode.  I made the decision to choose from any games he covers at all, showing maps, pictures, screenshots, codes, advertisements, etc. Some of them are only shown for a fraction of a second, so I didn’t include them.

The episode that this game represents was a tough one to choose from.  It came down to this game and Socks the Cat ROCKS the Hill.  As you can see, I chose the better game… but did I find the better run?  I sure think so!

This is probably the single game in the AVGN Trials remaining at this point, that I was looking forward to the most.  I had Super Mario Land as a kid, and I played it so many times on road trips, or on vacations, or camping… even in school (but don’t tell my ex-teachers)!  This classic platformer doesn’t need too much of an introduction; you play as Mario in the strange land of Sarasaland, on a quest to save Princess Daisy from Tatanga, an evil alien.   This game, though considered canon, is not related to Bowser’s shenanigans, and thusly you will see very few connections to past Mario games outside of Goombas, Koopa Troopas, Bullet Bills, and Super Mushrooms and Stars…  and that’s really about it.

Apparently, the game’s story is not the only reason this game is disconnected from Mario’s previous adventures; the controls in this game are EASILY the worst in an official Mario game that I have ever played, and it’s not even close.  Momentum is very broken, corrections to movement are clunky, laggy, and awful, and the physics engine plays like Mario has cement boots on.  Luckily, the speedrun, if executed properly, allows you to control Mario much, much easier.  The tech in this run varies from a boss skip glitch in 2-2 (which I did not learn) to many technical jumps.  This run is amazingly fun, and take this game from average to above-average in my eyes.

With almost zero RNG, fun level design, and some of the best music on the Game Boy, Super Mario Land is a phenomenal speedrun to try out on the Game Boy.  I highly approve of this one! 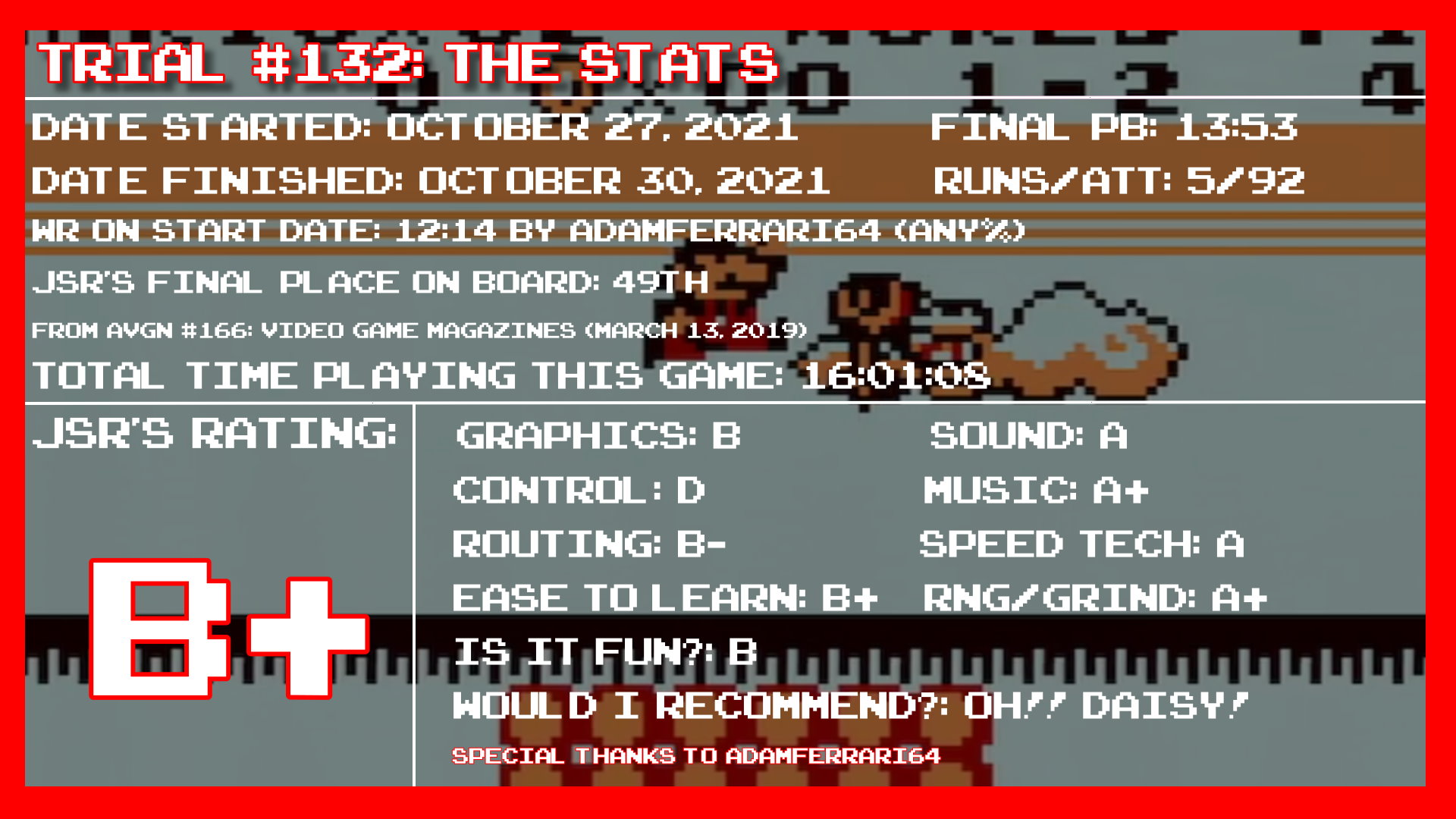